I went riding along the Leon Creek Trail between Bandera Road and Grissom Rd this evening.?? They have a lot more of it finished than they did last week.?? I decided to ride the entire thing all the way to Grissom, unless it became impassible.?? When the concrete ended, there was only a small section left with rebar that I had to walk my bike over (didn't need any flats a mile away from the car), then it was rock or dirt the rest of the way.

All told, it's a little less than 3 miles from the parking lot on Mainland to the end of the trail at Grissom.?? On Grissom, it looks like they're going to put a parking lot on the other side of the creek, but I have no idea how they're going to get people across.?? Same thing at Bandera…there is no indication of what kind of bridge, if any, they're going to build across the creek. This is my first time posting pictures via Posterous, so we'll see how it works.?? I'm going to attach the KML file of my ride too (which should open in Google Earth) if you're interested in seeing where this trail goes. 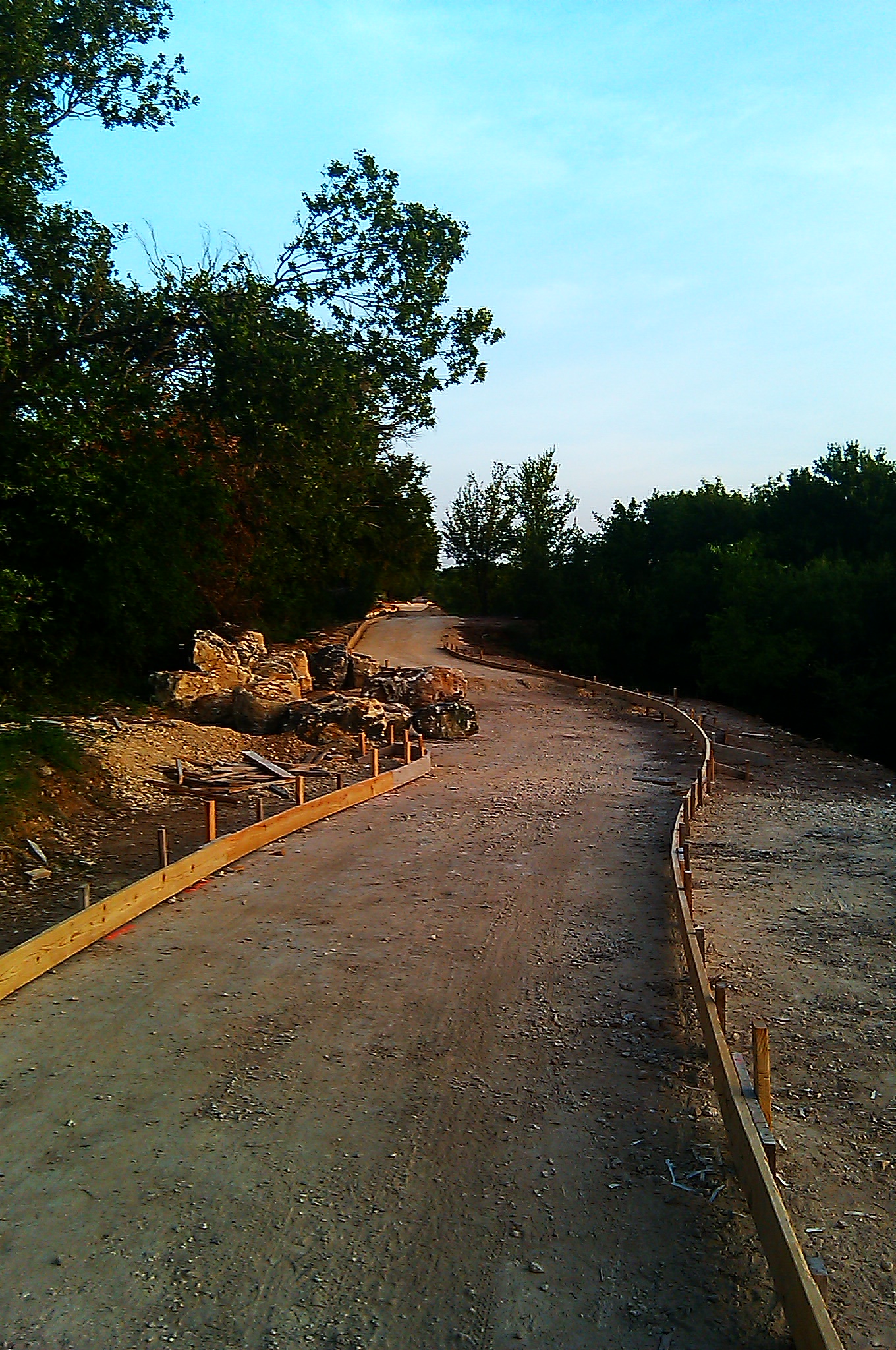 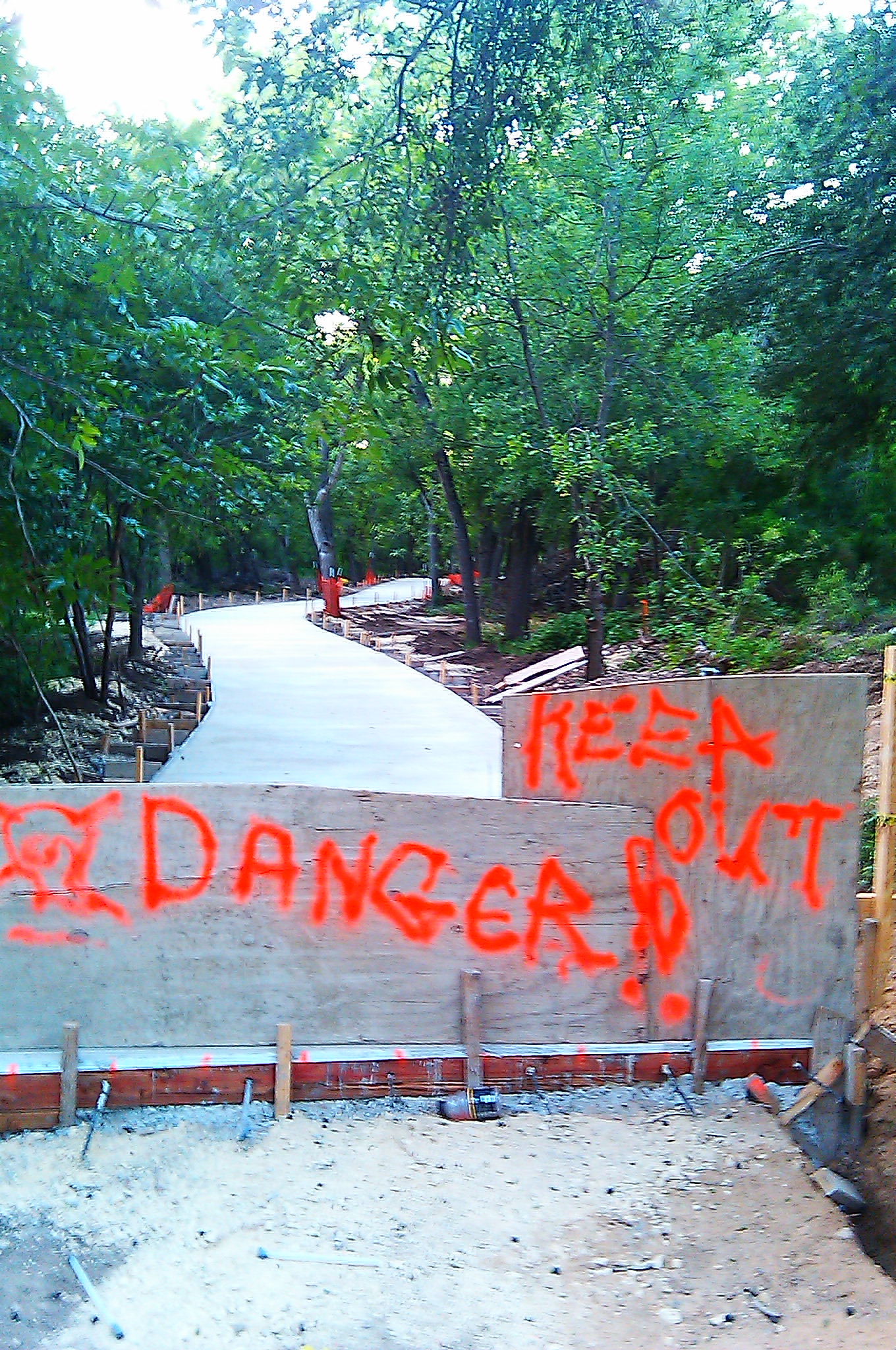 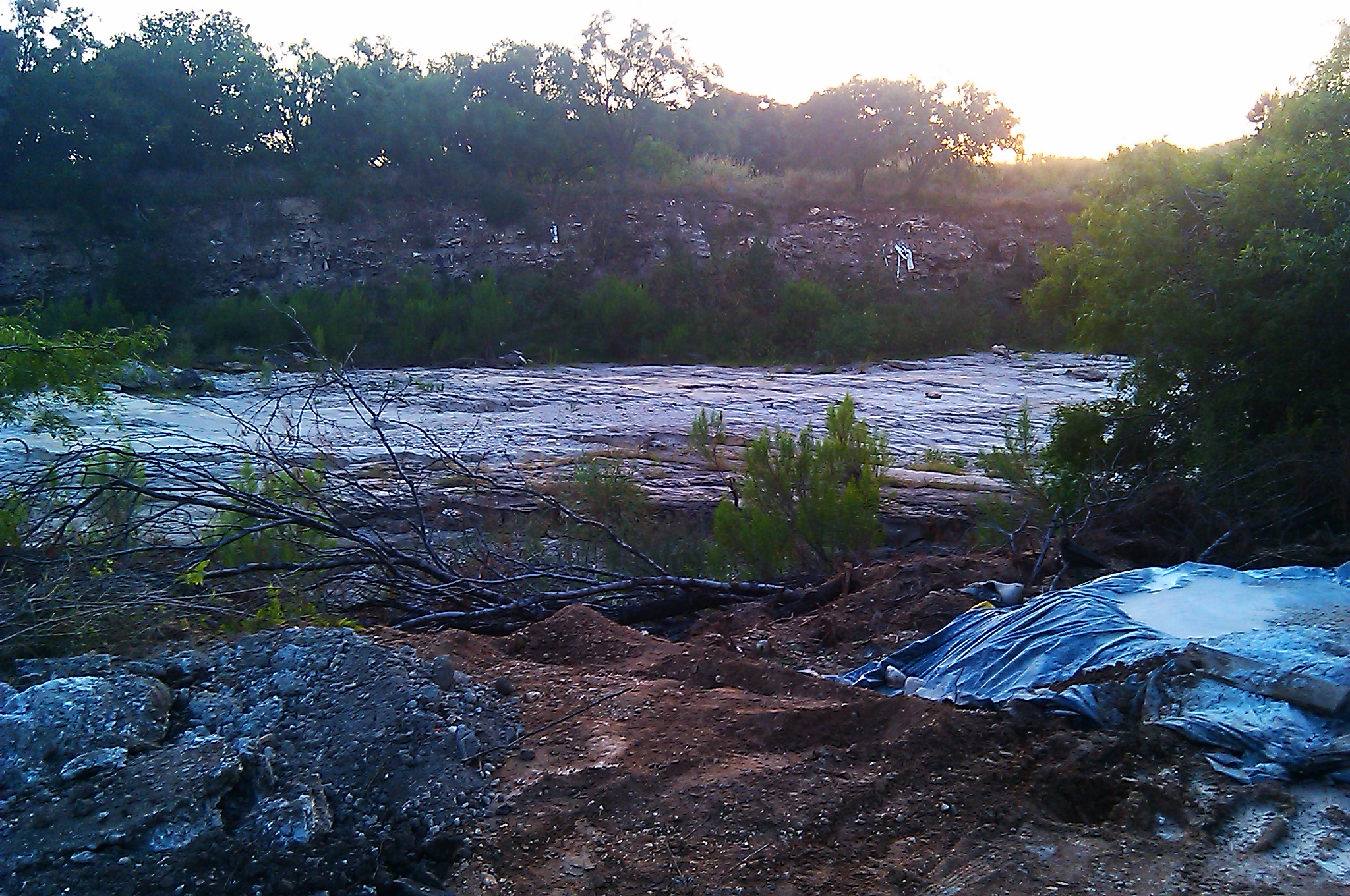 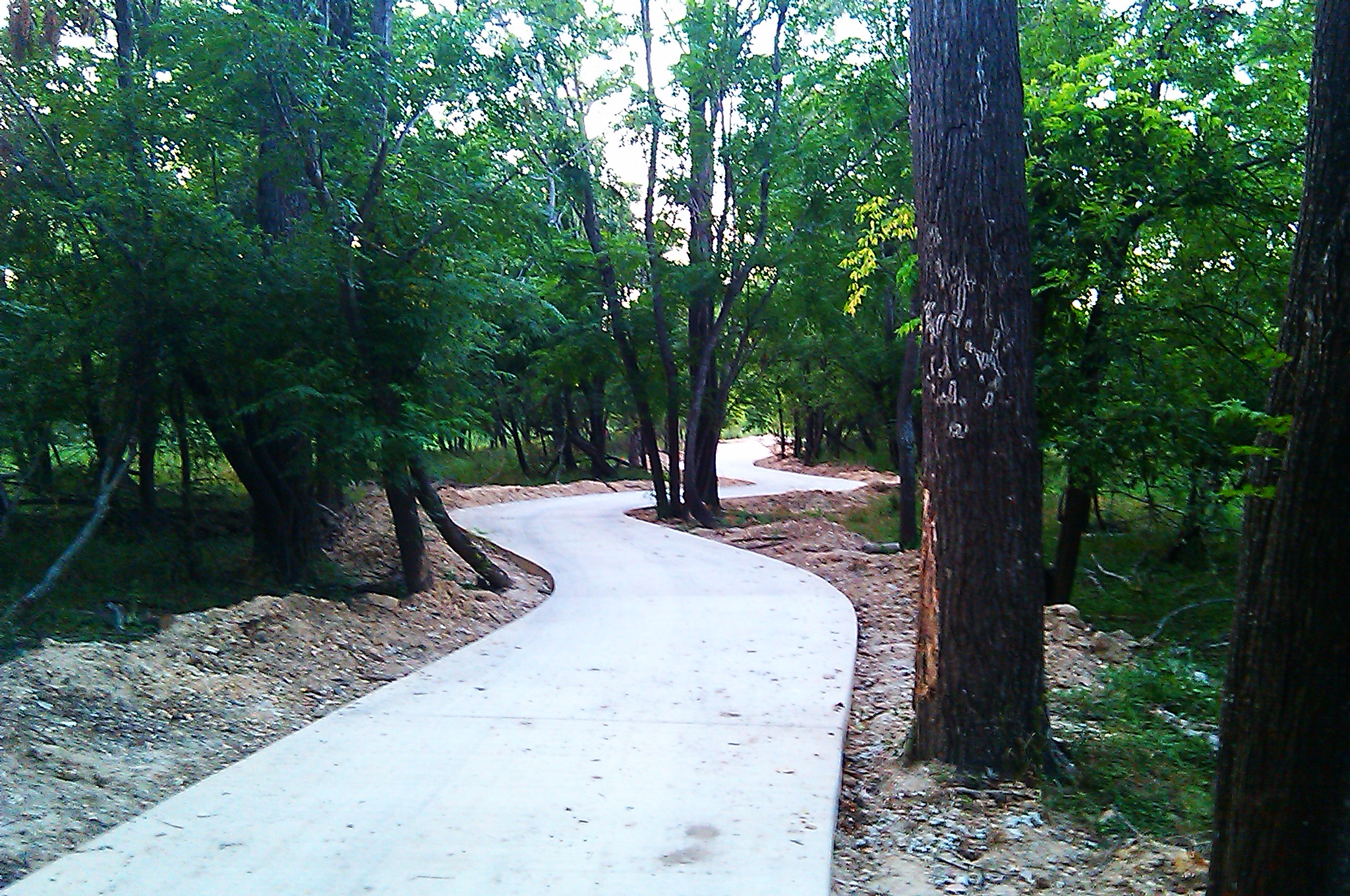 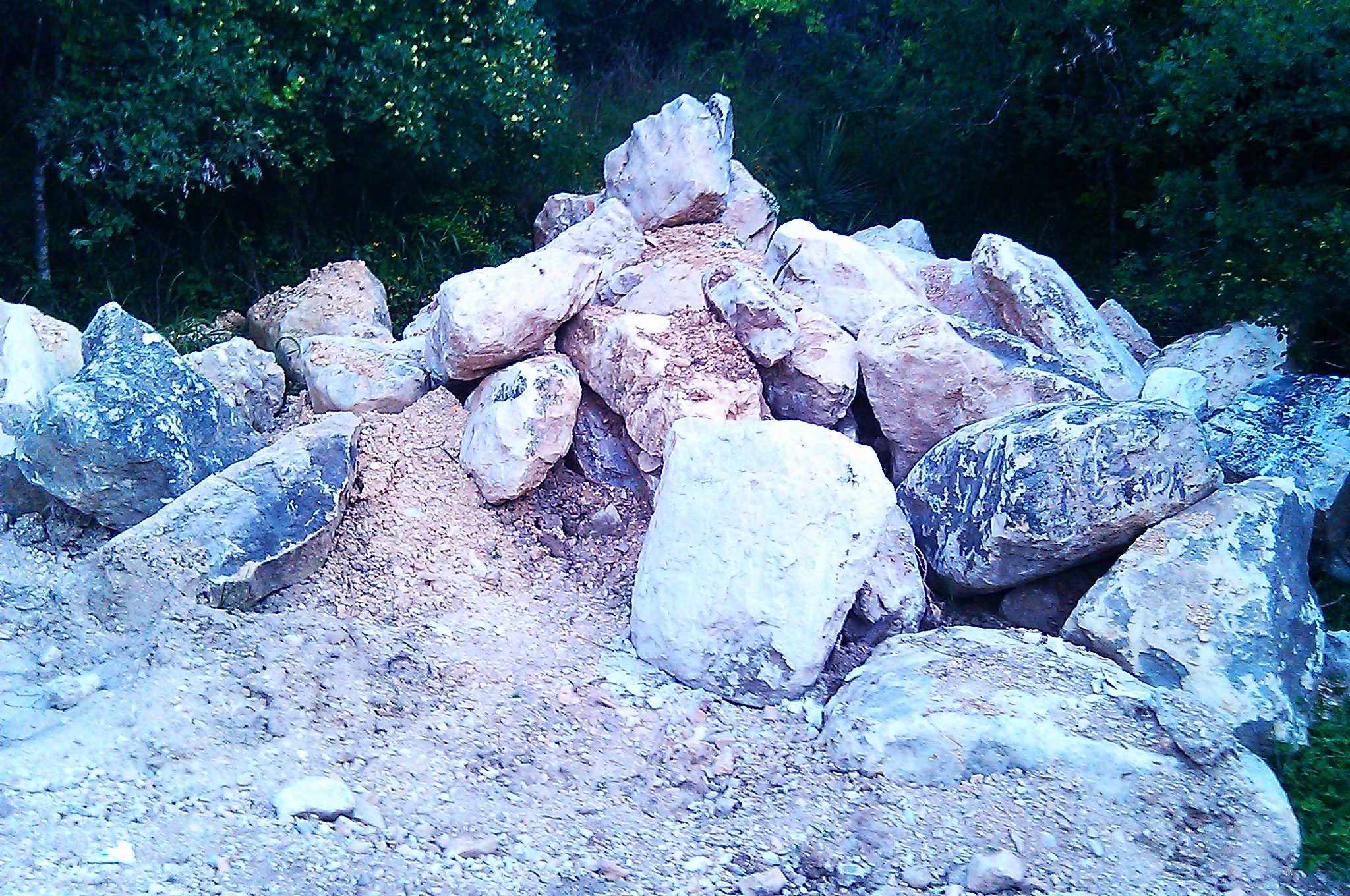