In honor of Memorial Day, and all the cooking on the grill that goes along with it, I decided I’d share my recipe for making dry rub for BBQ. This is a basic rub that I use for lots of different meats. This works well on ribs, pork chops, brisket, and chicken. 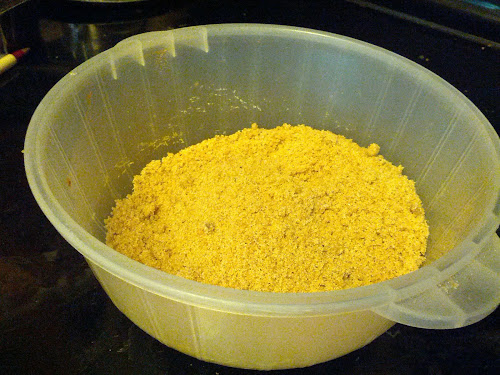 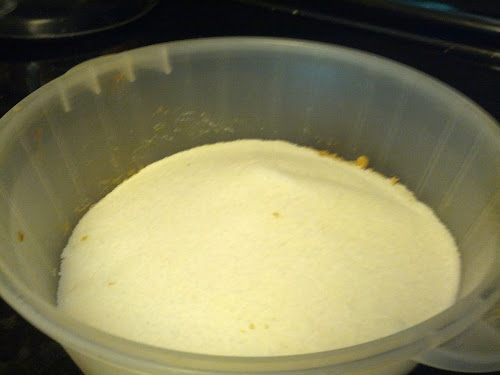 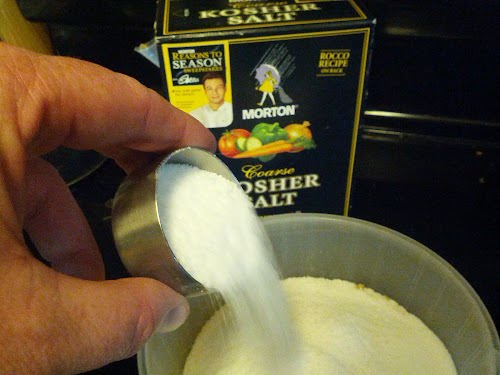 1/4 Cup pepper (I usually use fresh ground pepper, but I didn’t have any around today) 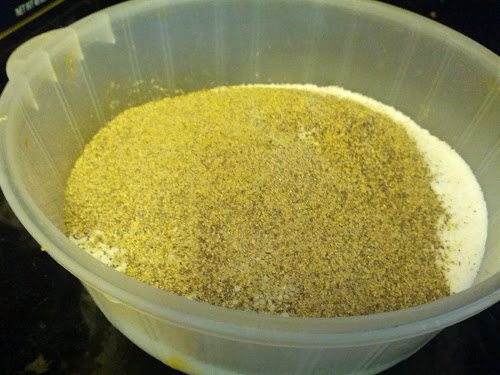 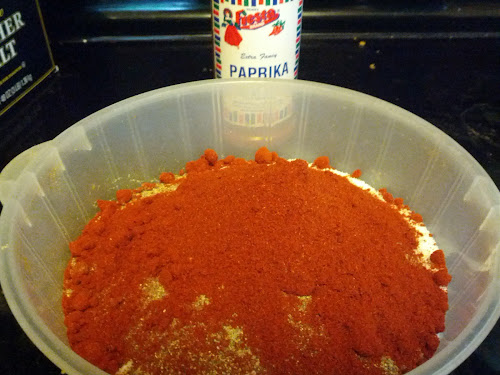 Once you have all of this layered goodness together, 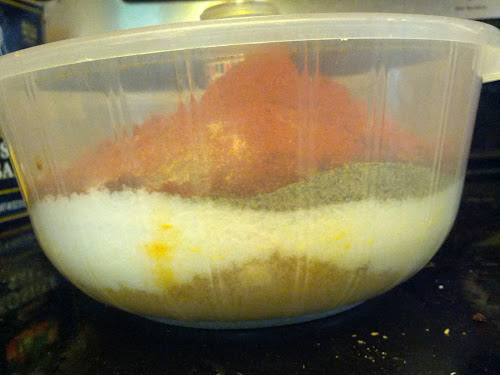 take a fork and stir it together 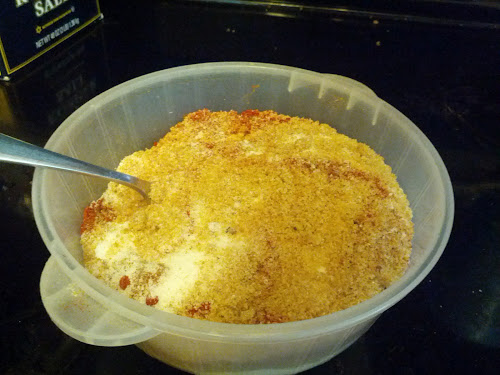 After it’s blended a bit, put the lid on your air-tight container and shake it up until it’s really well blended. Since it’s all dry goods, it will keep for months, but hopefully you’re cooking out enough that you’ll go through it more quickly than that. 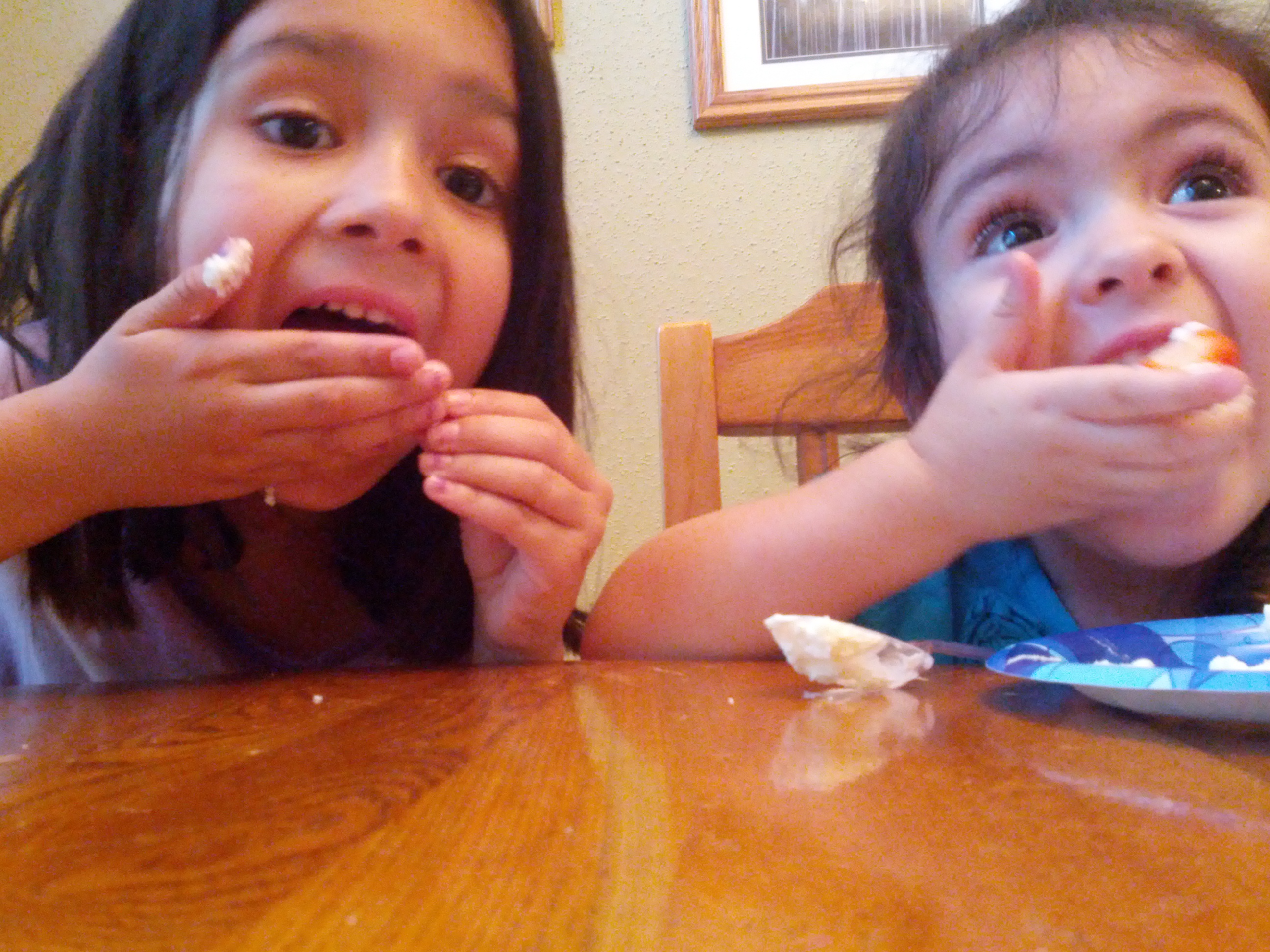 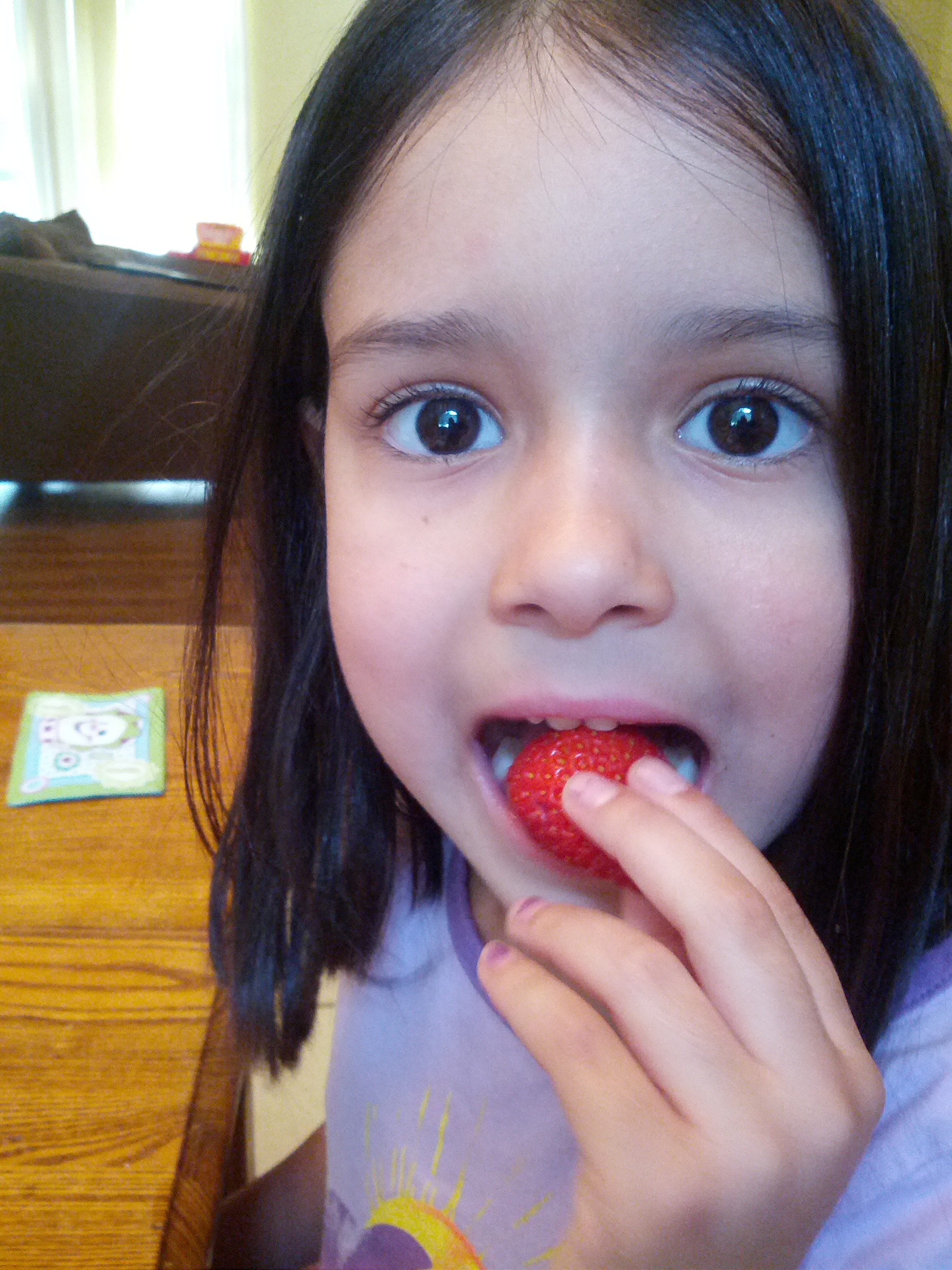 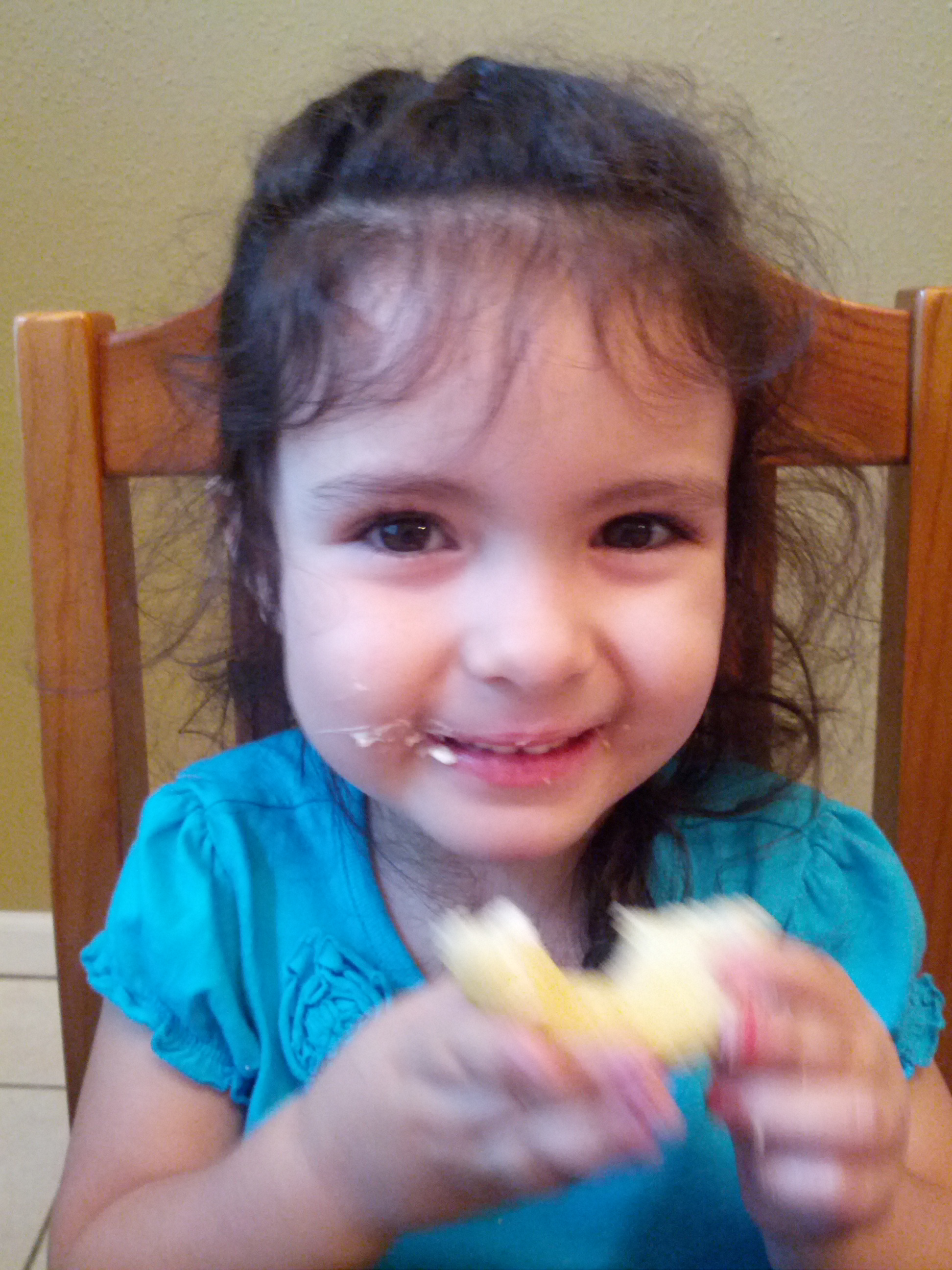 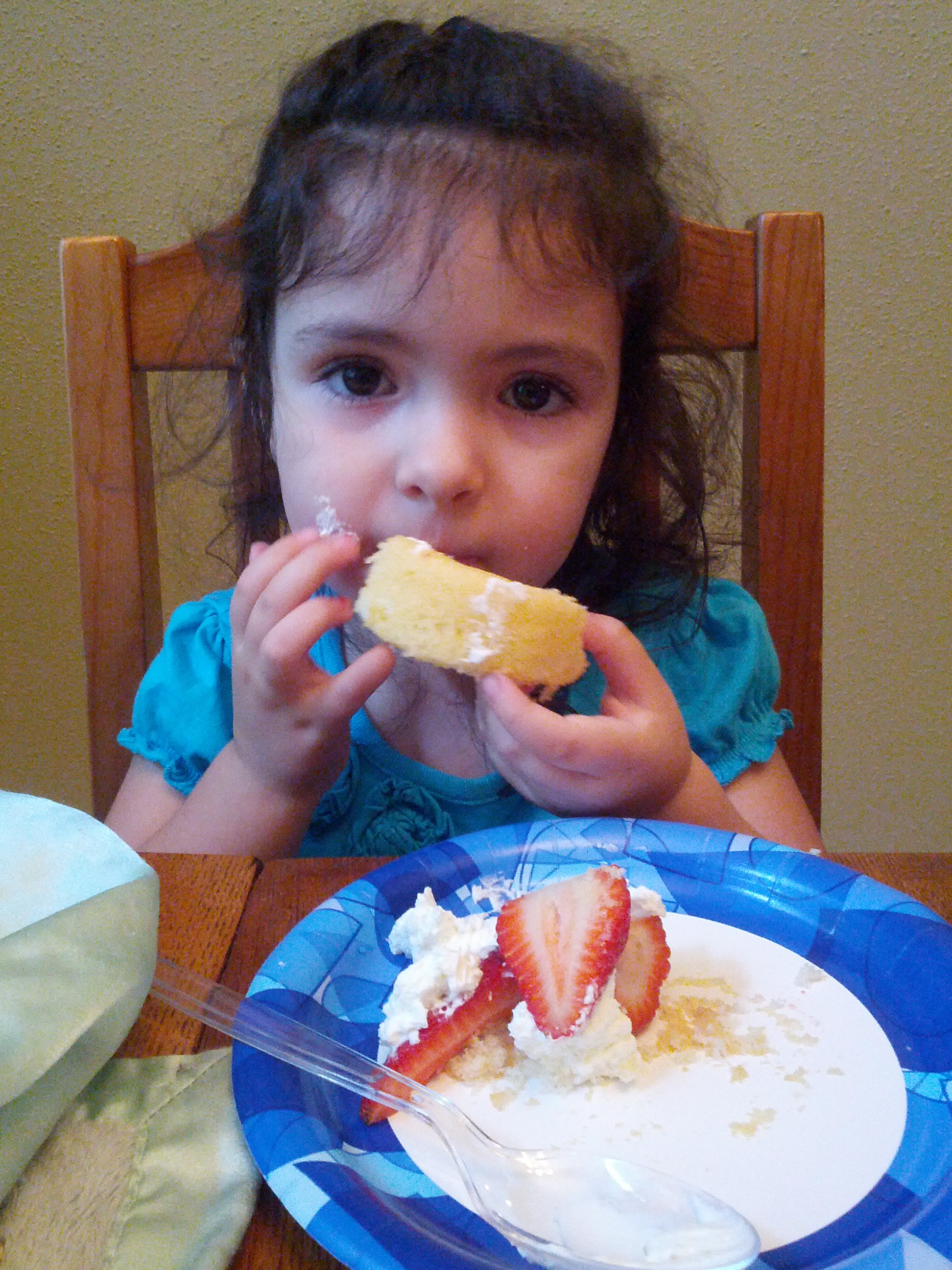 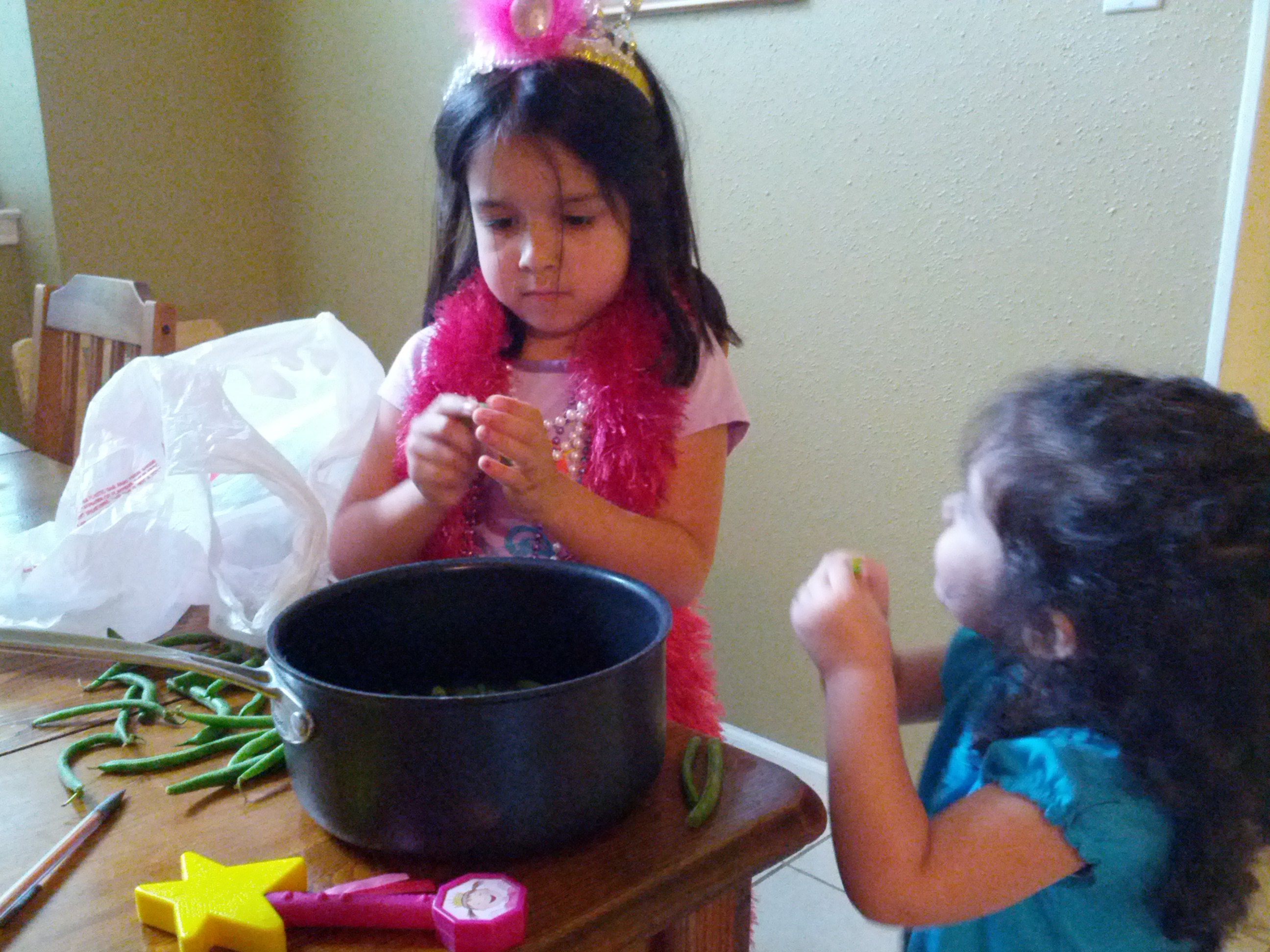 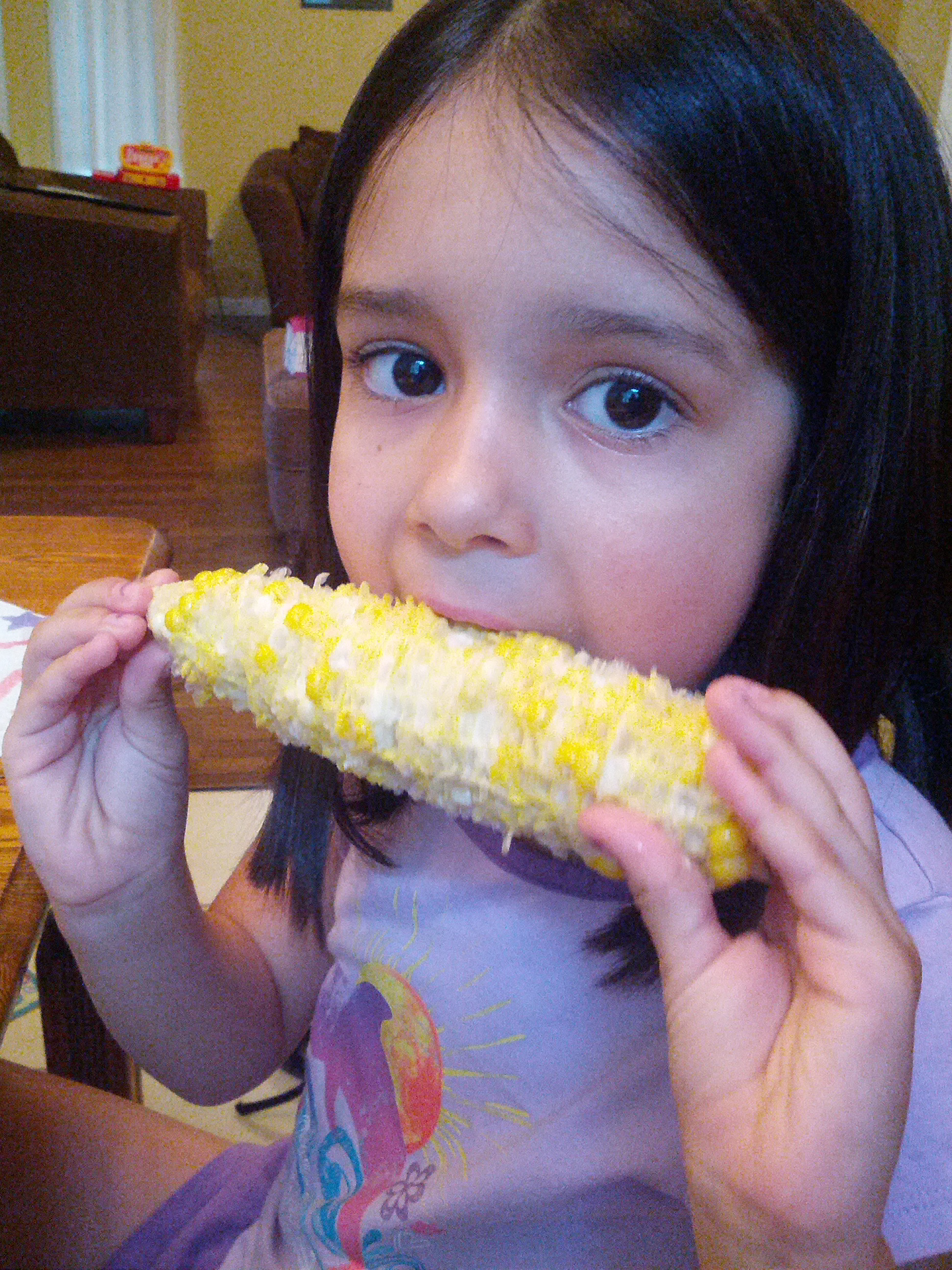 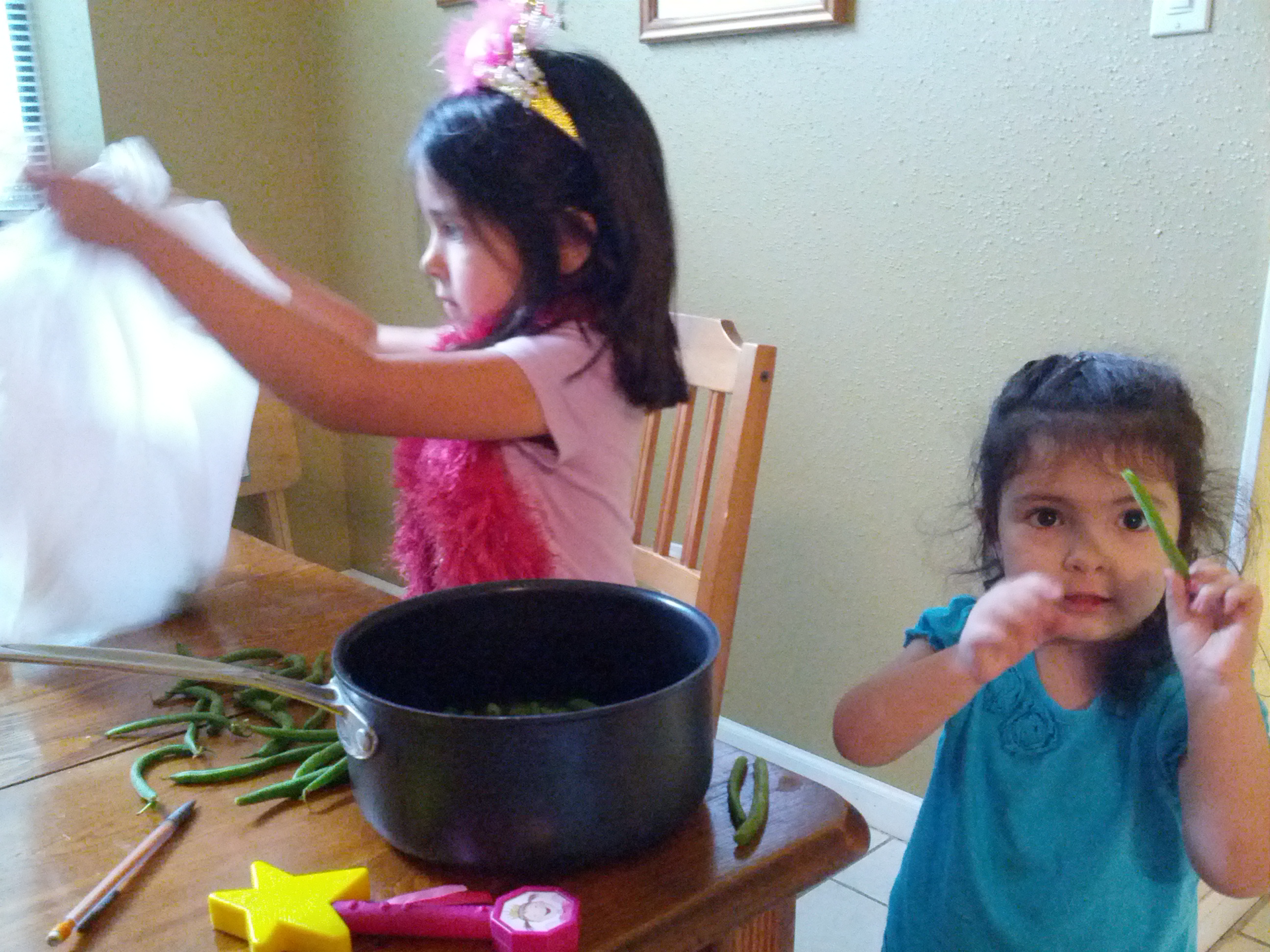 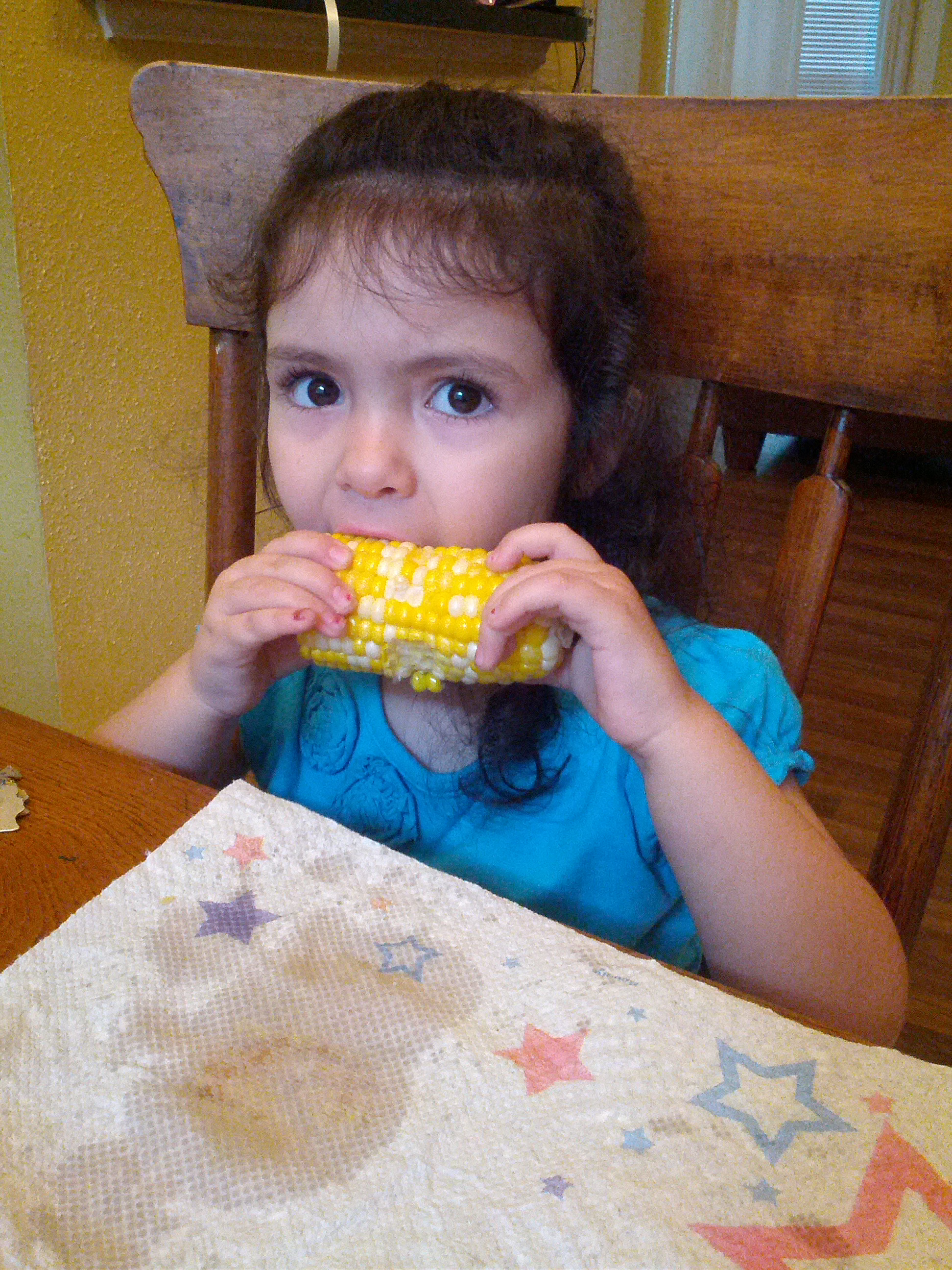 “Mommy, do you know how to make a French braid?”

“Do they need to be done in French?”

“Daddy, how did Mommy know what I was going to ask her?”

“Because she’s your mother. She knows eve-ry-thing.”

This past month marked the end of the baby years at our house, and the grand enterance of the big girl years. 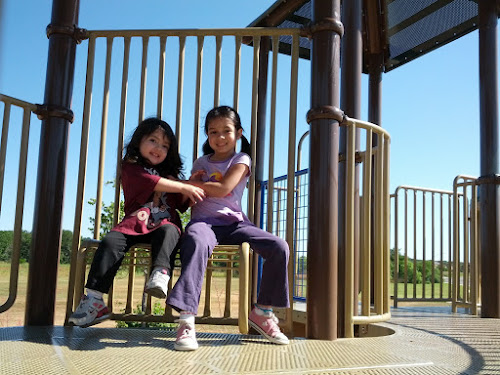 Emily, you’re getting all of the honors this month because you’ve finally made a big accomplishment, and transition. You are officially out of diapers! It was just like everything else you’ve done, from crawling to walking. You did it on your own terms and in your own sweet time, but when you were ready, that was it. There was basically no transition at all. On a Friday you were wearing diapers, and on Saturday, you weren’t. You did have a couple of small accidents the first week, but we could count them on one hand. And now you’re all in. The only time you wear any kind of diaper or pull up now is when you go to bed or when we are going to be away from a bathroom for an extended amount of time. 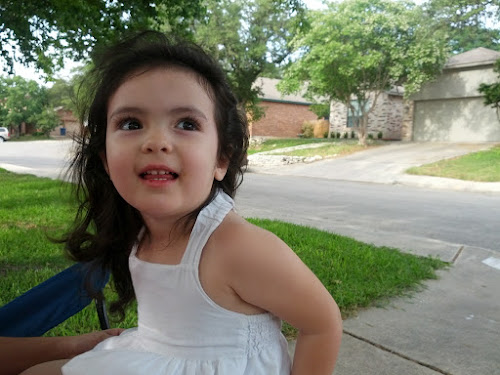 Even then, though, we’re finding that you can hold out for a couple of hours without having to go. In fact, at night, we can get you up one time before we go to bed, and you’ll usually wake up dry. When we went to King William Fair last week, you held it for 2 solid hours because you absolutely refused to go in the port-o-potties. And when you have to do #2, let me tell you girl, we need to get you some books. You can stay on that thing for half an hour or more. We have had some very lovely conversations, though, while you were sitting on the throne. 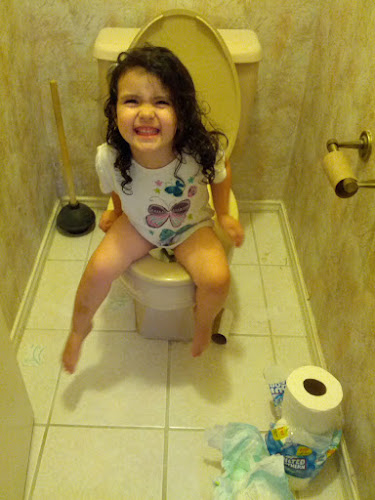 Another transition you made this month, Emily, was one in your speech. I had mentioned before that you were starting to lose the baby words and use the correct words for things a little bit at a time, and the one you lost this month made me a little sad. You have completely stopped calling your sister “Yay-yay” and now call her “Yay-chel.” I was really hoping that would be one of those nicknames that just stuck with her for her whole life and we could always tell the cute story of how you heard us calling her Ray-ray, and it just stuck with you. But it didn’t. And it was another one of those that happened so quickly, it caught me off gaurd. One day it was Yay-yay and 5 minutes later, it wasn’t any more. 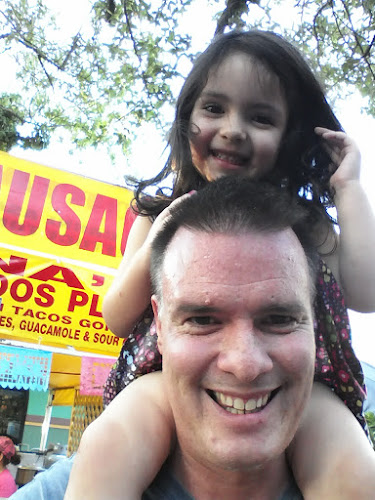 Rachel, this has been an interesting month for you, too. After taking off so quickly on your bike at the end of last month, you didn’t want to have anything to do with riding your bike for the next few weeks. It was all the result of a fall you had, and you were scared it was going to happen again. After a lot of coaxing, we finally got you to ride around a little bit on the street in front of the house. After you got your confidence back, you started wanting to ride every day, and even started asking to go on bike rides around the neighborhood. Last weekend we took a 4 mile ride on the Leon Creek Trail, and you did a fantastic job! 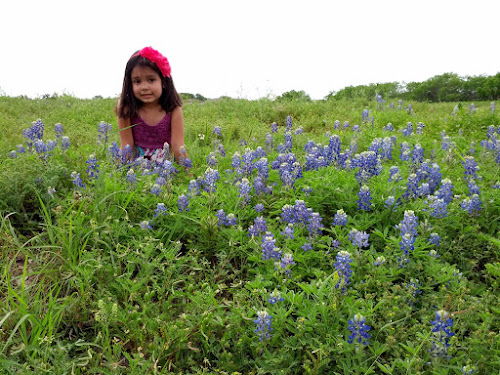 You and I also got a chance to go to a Spurs game thanks to you being such a great student and having great citizenship. I’ve always know you were a really nice girl, and it’s great when others recognize that in you, too. You and I had a great time at the game, especially because the Spurs won. 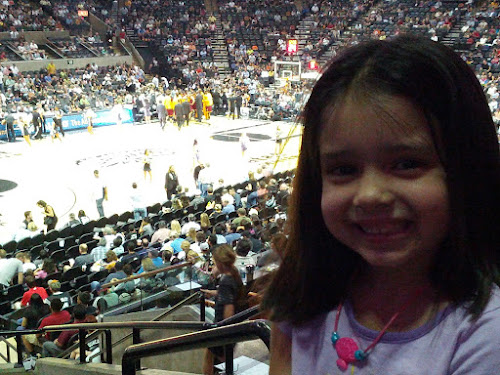 You both had a wonderful time at Easter, and were very happy with the new things the Easter Bunny brought you. Of course, as always, your favorite thing to do was smash cascarones on everyone’s head. Emily, I think this was the first year that you really understood what that was all about, and you would ask anyone and everyone if you could crack one on them. 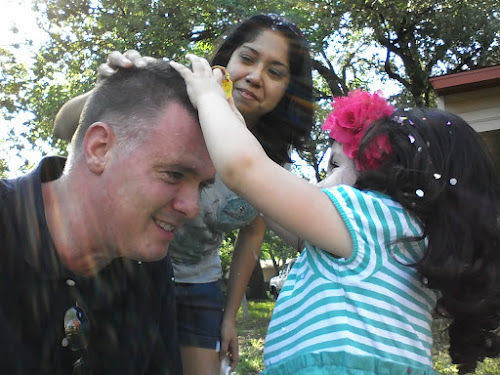 This was the first year that we went to Fiesta without a stroller, and I think we probably could have gone one more year with bringing it, but hopefully next year you both will be able to enjoy the things we go to a bit more. It’s not that you didn’t enjoy what we went to, but with constant worries about having to go to the bathroom, we didn’t get to do quite as much as we would have liked. 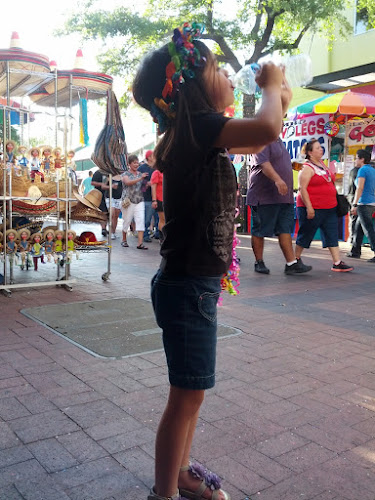 May will be another big transition for both of you, since you’ll be ending your daily routines at the end of the month and starting with your summer routines. As always, we can’t wait to see what the next month brings for you both. We love you very much. 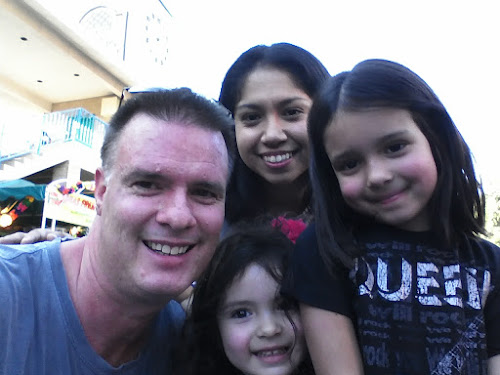