After our rain last night, we checked the garden today to discover that we had a lot more plants coming up!


It's amazing what you can do when there are spring thunderstorms with a threat of hail. 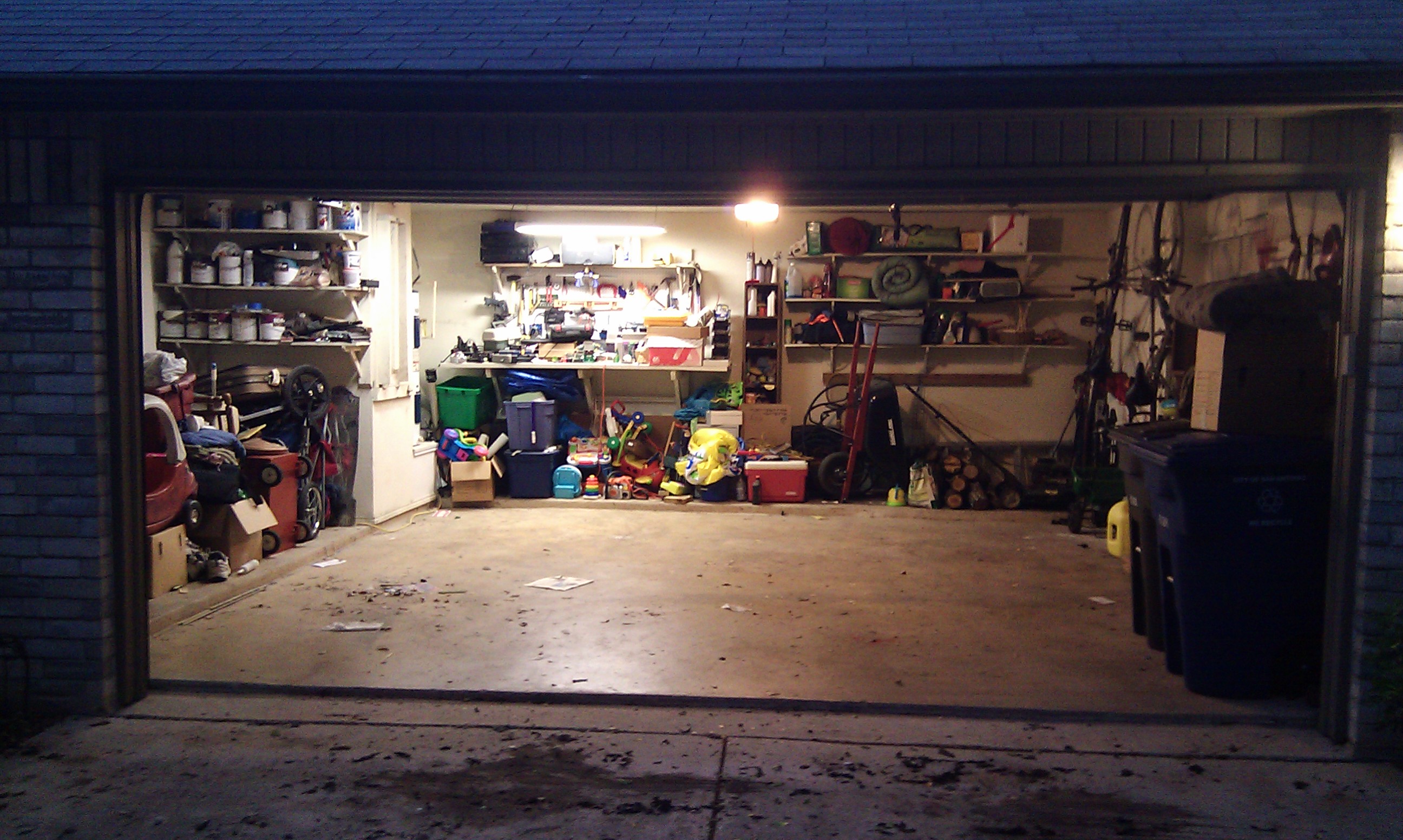 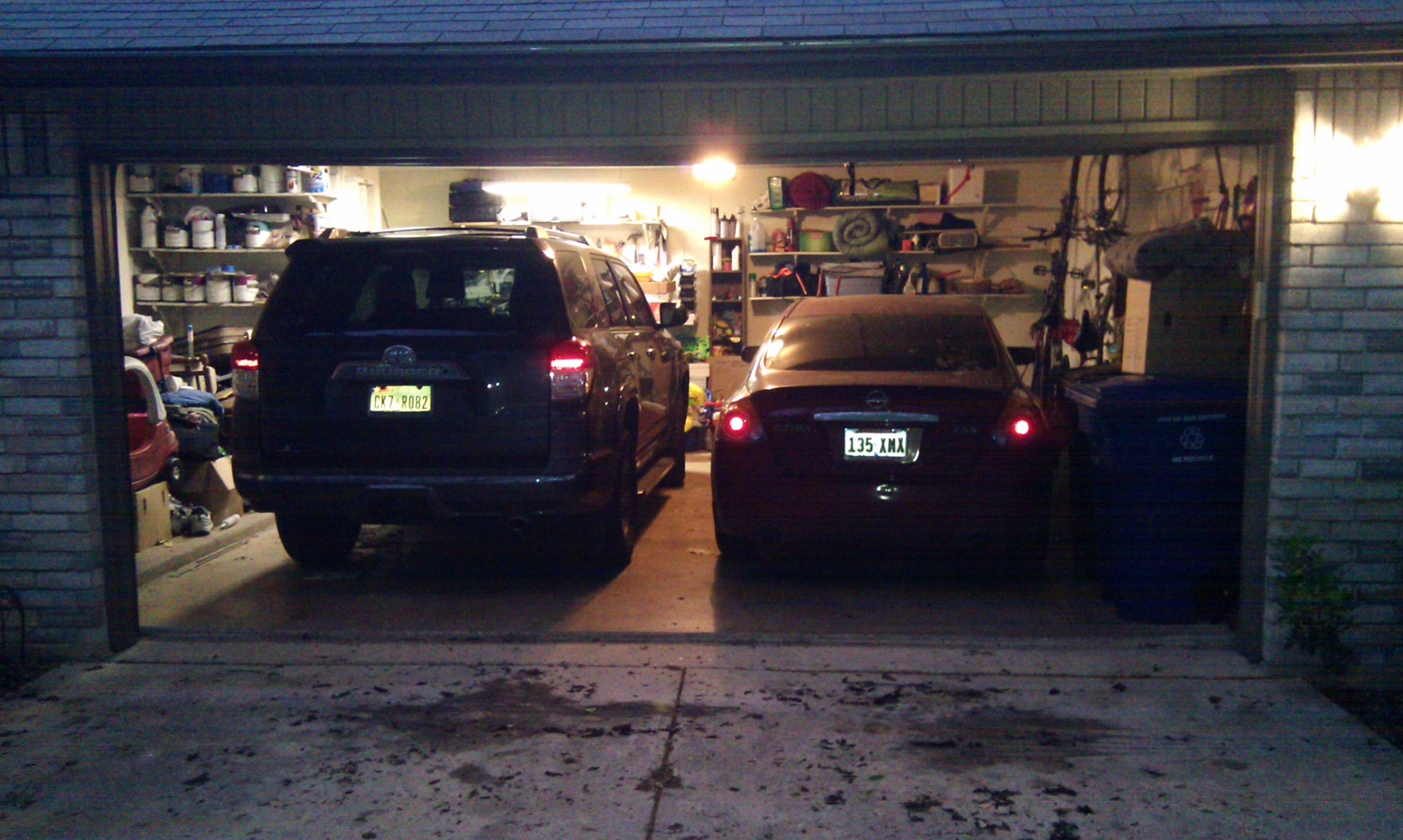 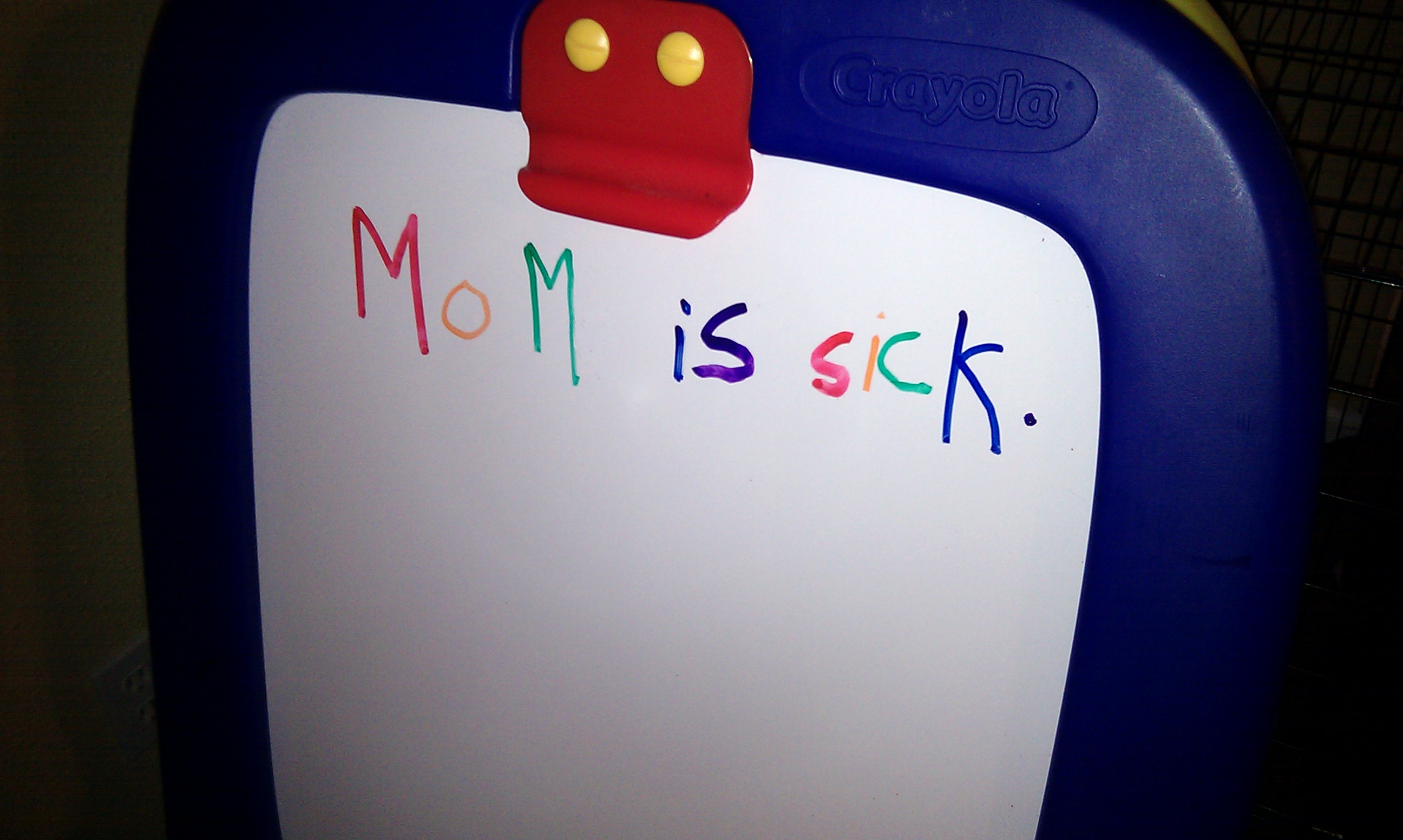 Our back yard has a pretty good slope to it, which means that anytime it rains, any dirt that isn’t packed down gets washed away. That’s why we haven’t attempted to make a little garden at this house yet. But I had a gift card from Home Depot (thanks, Mom and Dad!) and a hair up my butt to give the girls something to do this summer, so I decided we’d build a garden. 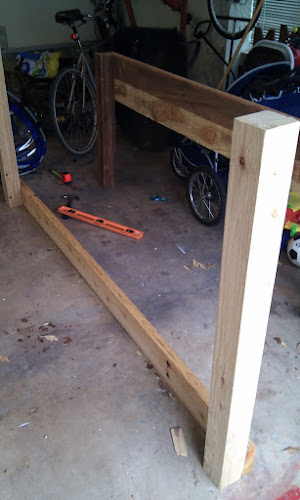 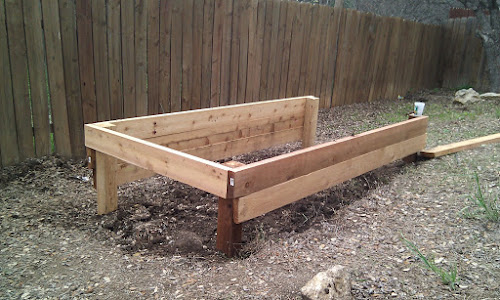 It was a lot bigger project than I planned, but I want it to stay put for a while so I took the time to actually plan (imagine that!)

It’s been a couple of weeks in the making, but I think we’re finally ready to plant. 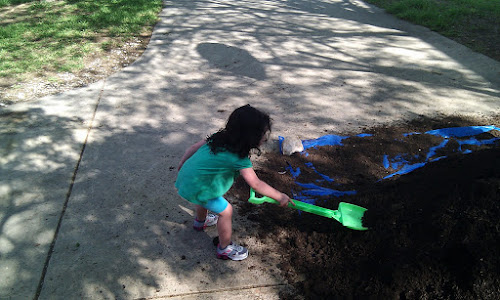 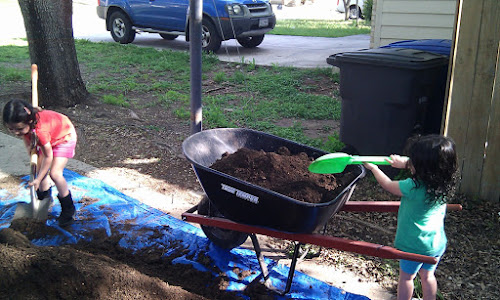 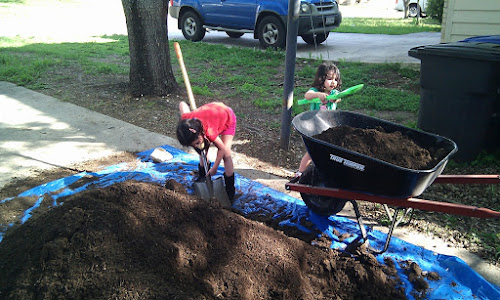 Now we just need to plant some seeds and watch them grow! 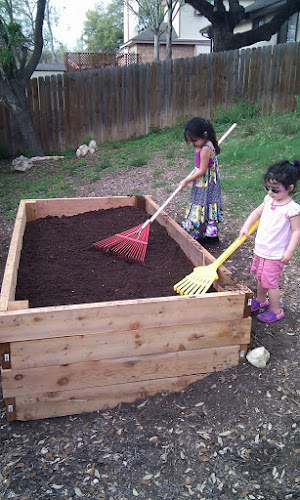 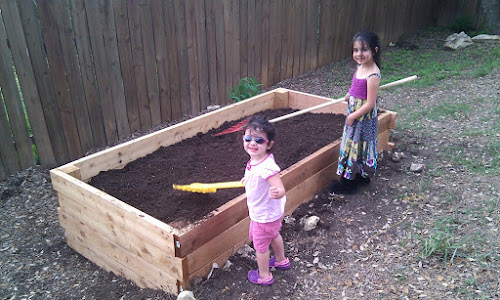 To celebrate, we went and got ice cream! 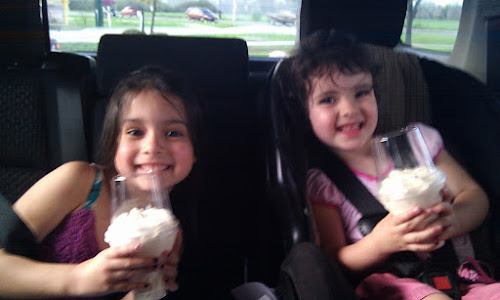 Well, your dear old dad has gone and done it again. I’ve done a pretty good job of ignoring your letter for the past 2 1/2 months. Here we are, halfway through March and I haven’t written a thing about what the two of you have been up to since the beginning of the year. BAD Daddy! I’ll go sit in the corner now. 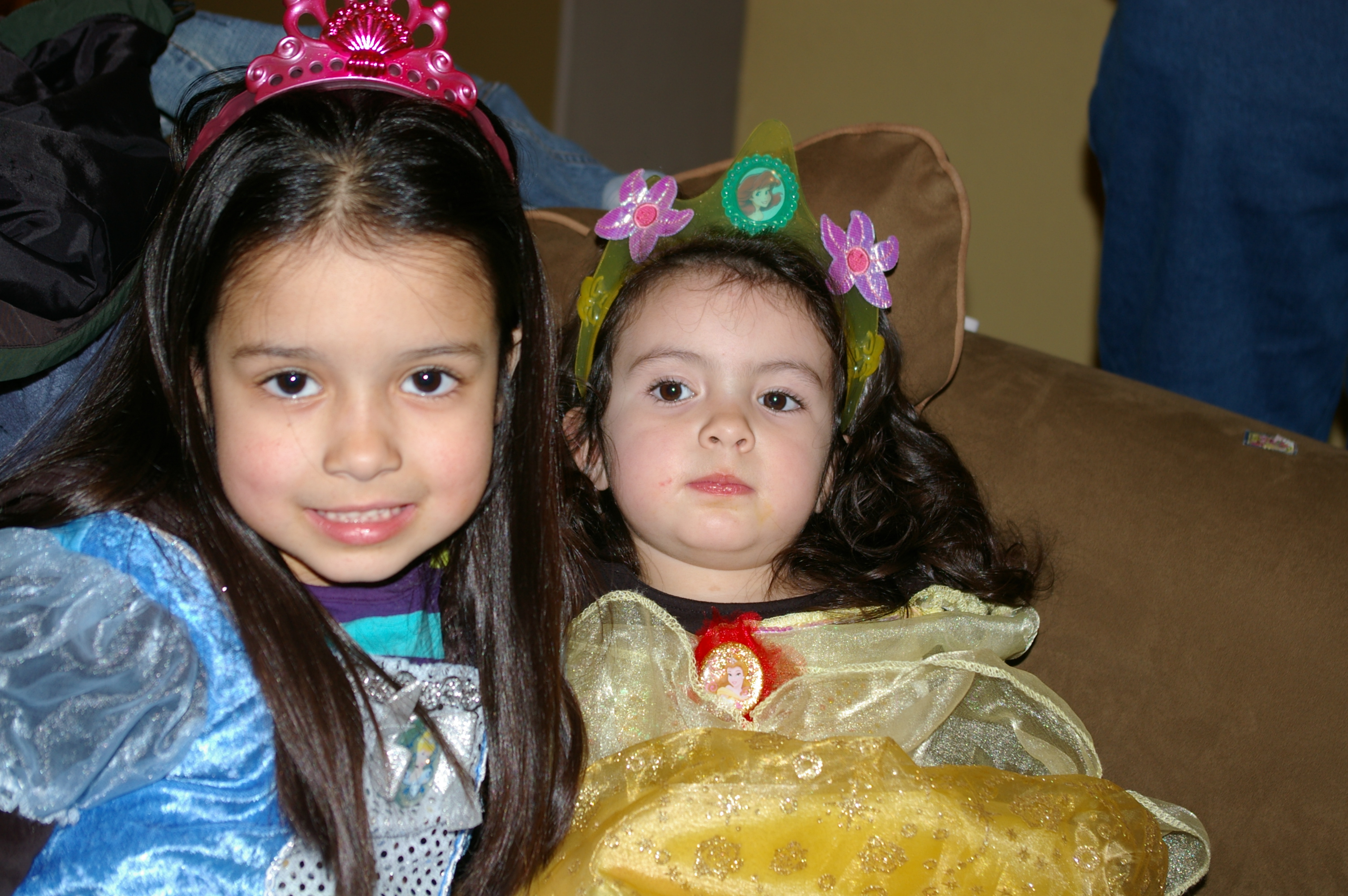 So…10 weeks ago, we started a new year. And a couple of weeks into that new year, something really special happened: your father turned 40 and Your Aunt Sarah, Uncle Britton, and cousin Sabrina came to visit us! 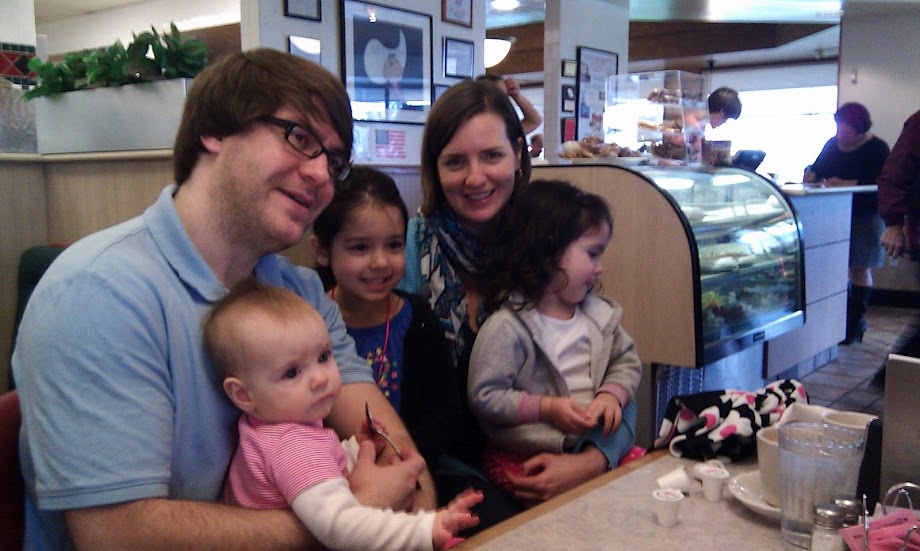 It was so nice to have them all here, and the two of you loved playing with Sabrina. The weather cooperated for the most part, and we were able to take all of you to the zoo. We really need to get you all together more often. Emily, you haven’t stopped talking about “baby?” since they left, and we finally having you saying “Bweena.” 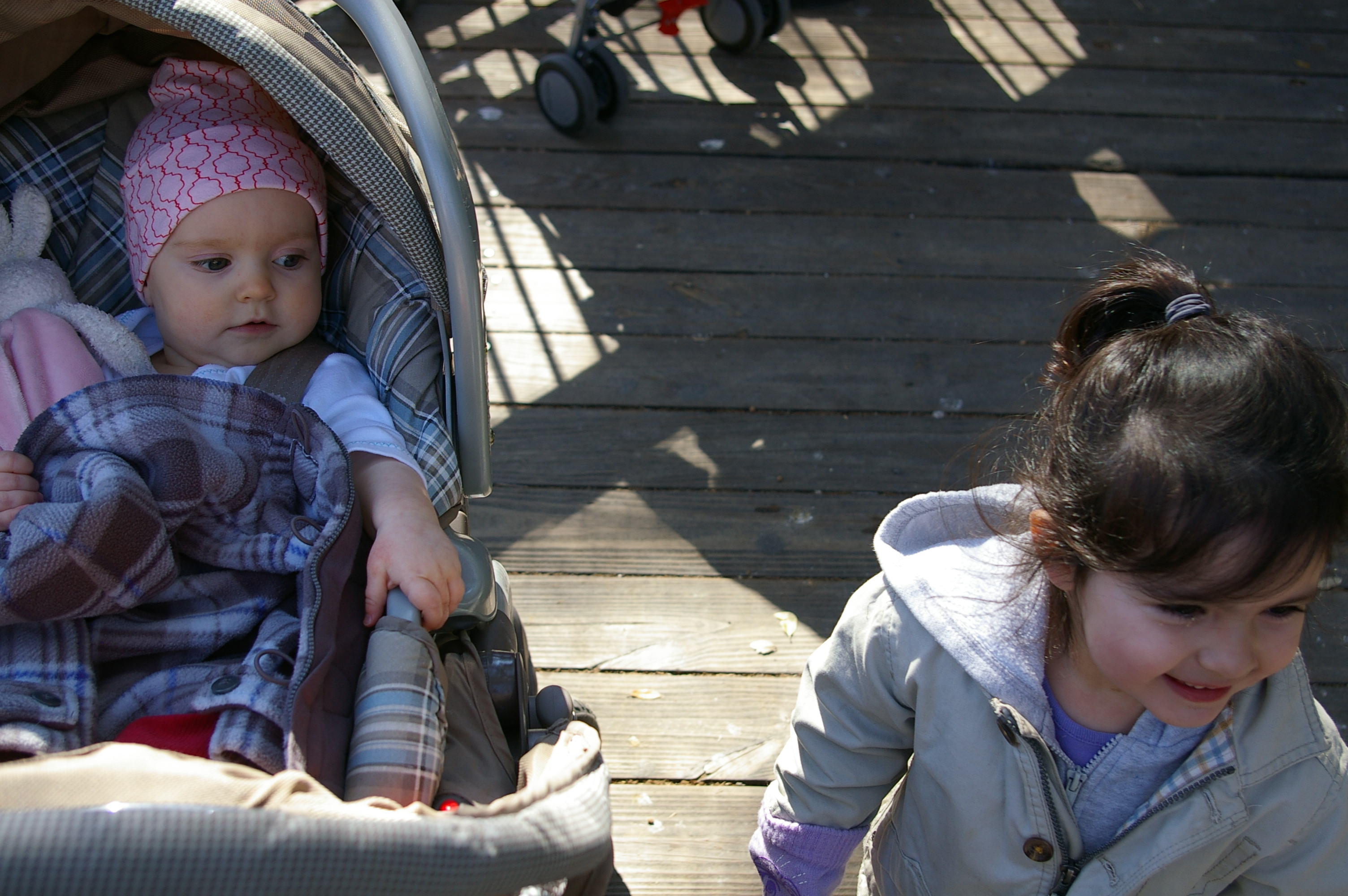 Something else really fun that happened was that you both got to go on a real train. Two of them, in fact! The Amtrak anniversary train was in town, so we went down the the train station to check it out. What we didn’t know that they they have a steam engine they’re in the process of restoring down there, too, so you both got to take a look at that, too! Even though we didn’t actually go for a ride on the trains, both of you had a great time, and especially Emily, since you’ve been so into Thomas the Tank Engine lately. 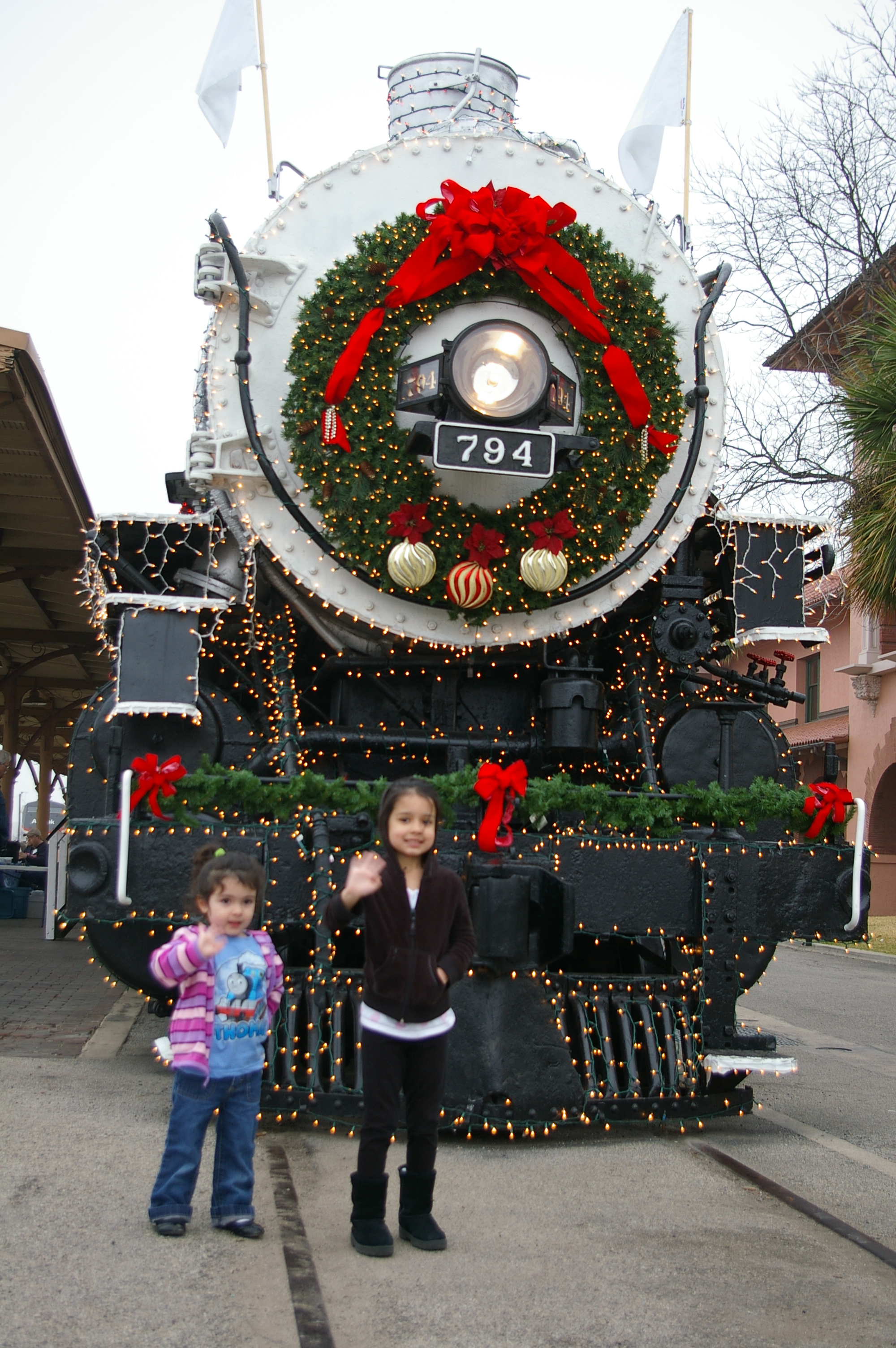 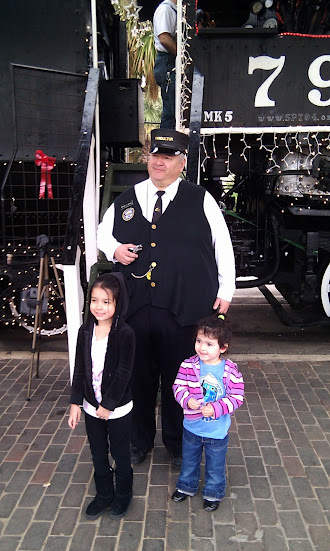 In February, Rachel, you and I went to a hockey game with one of your friends. It was the first time either of us had been to a hockey game in San Antonio. You were more concerned about whether you were going to get ice cream than you were with the game. Probably more exciting than the game was the drive home. We drove through a really big thunderstorm with huge hail falling on the car. Thankfully, I wasn’t driving. 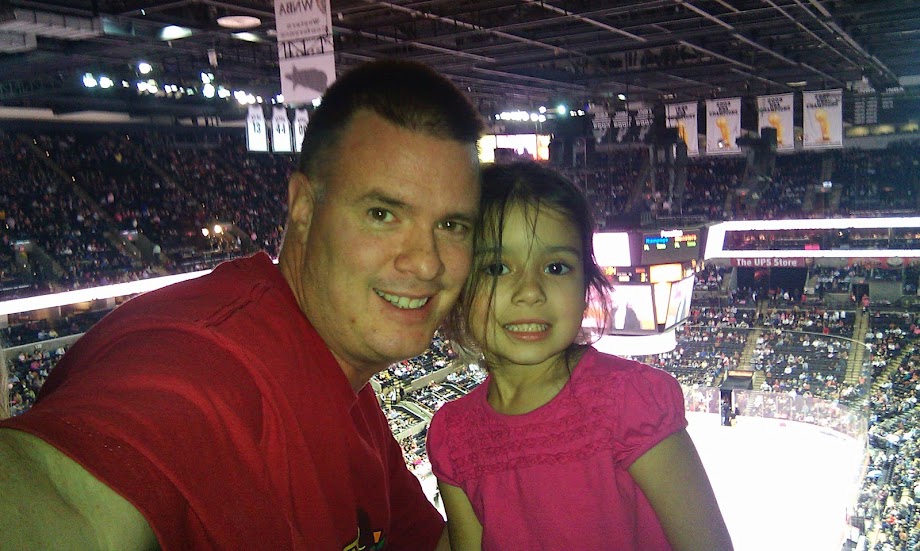 We also went to the Rodeo again this year. For the first time, Rachel, you made it through the whole thing. Emily, you did not, but you were a trooper. We went on some of the rides before we went in to see the rodeo, and we managed to pick a great night to go because it was only 1 ticket per ride the whole time. 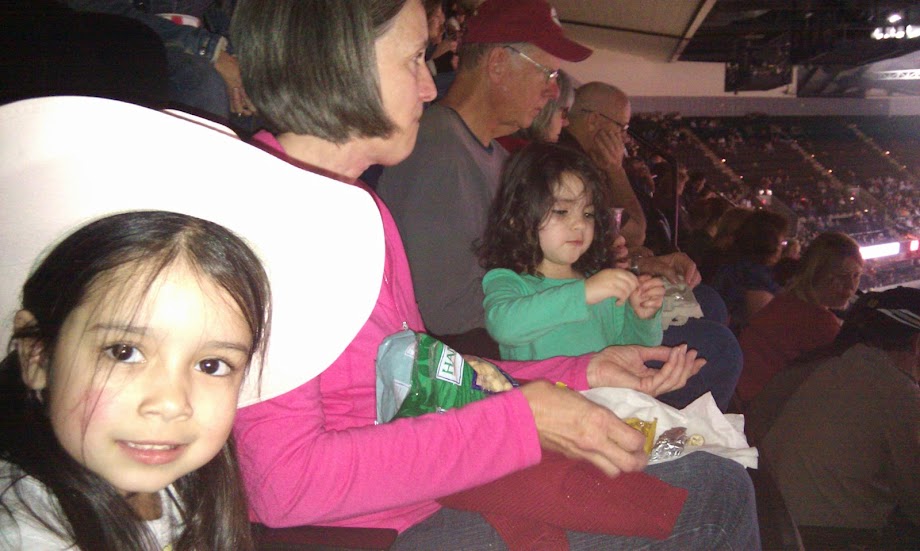 Something else exciting that happened in February was that Rachel got accepted into the Gifted and Talented program at school! We always knew that you were very smart, and now we have the test results to prove it. I’m sure that this will only add to the sass we’ve been seeing lately with you being Miss Know-it-all. But I hope not. 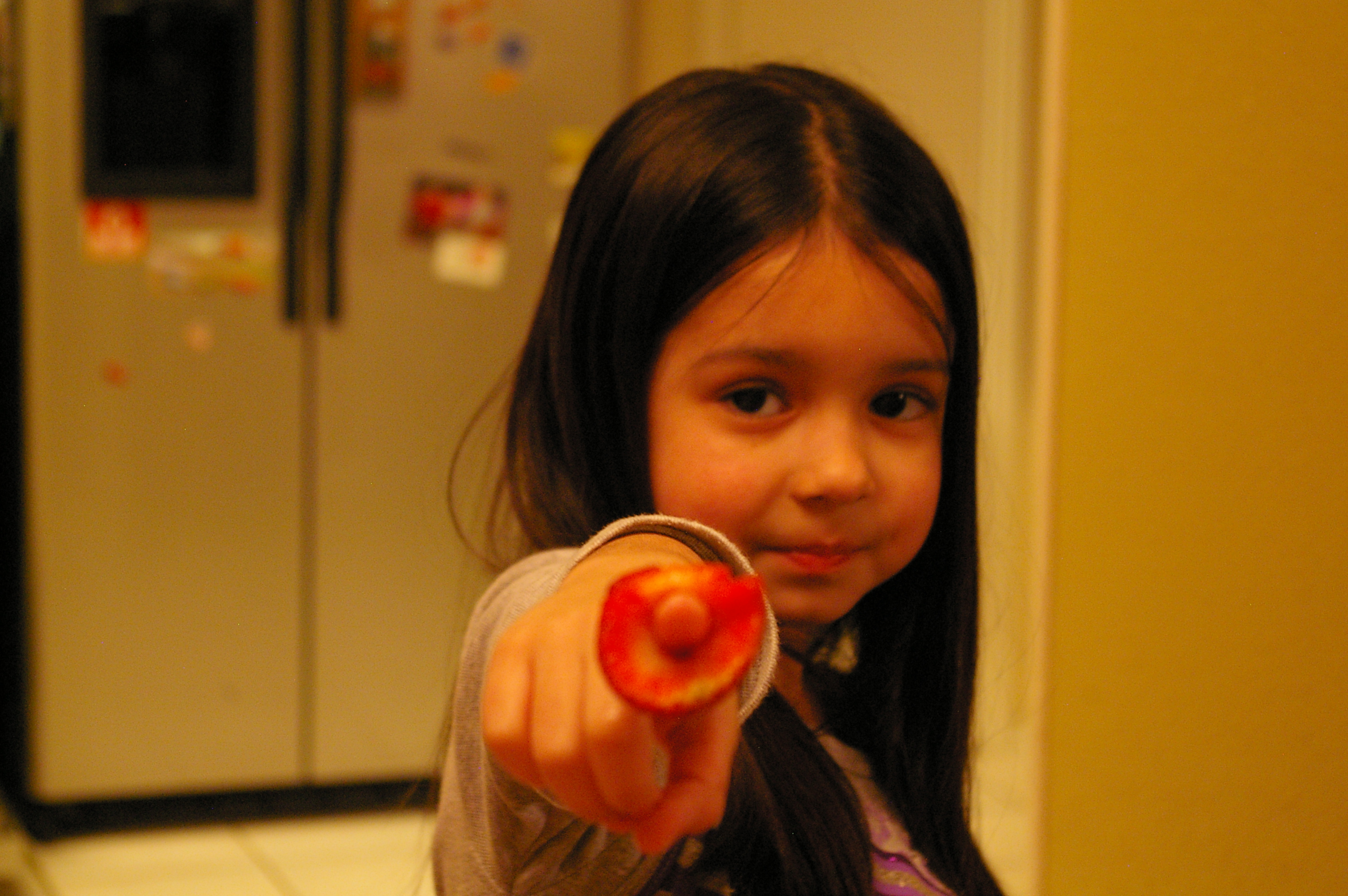 Speaking of sass, Emily, you’ve become quite the little pistol. It looks like you left the most terrible part of the terrible twos for the last half of your second year. It seems like every decision has been a fight with you over the past month, with us having to find new ways every week to get you to do what we want you to do. I hope that this eases up a little bit as we slide into summer because there have been a few times over the past weeks that I’ve been ready to put you on Ebay. 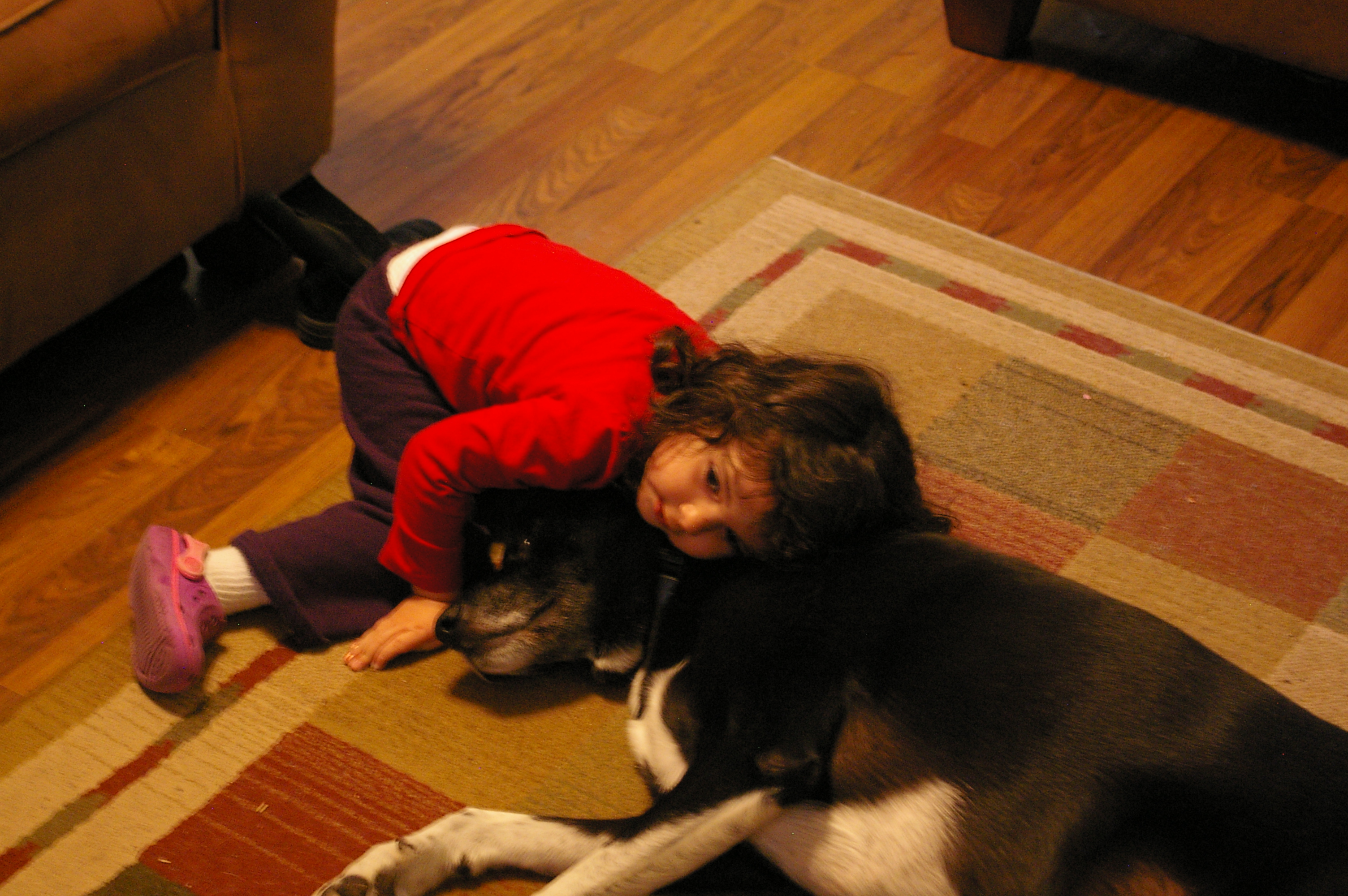 Despite all of that, we are still amazed at how quickly you both are growing up. We can’t wait to see what the next months will bring, as we get closer and closer to both of you being in school come August. 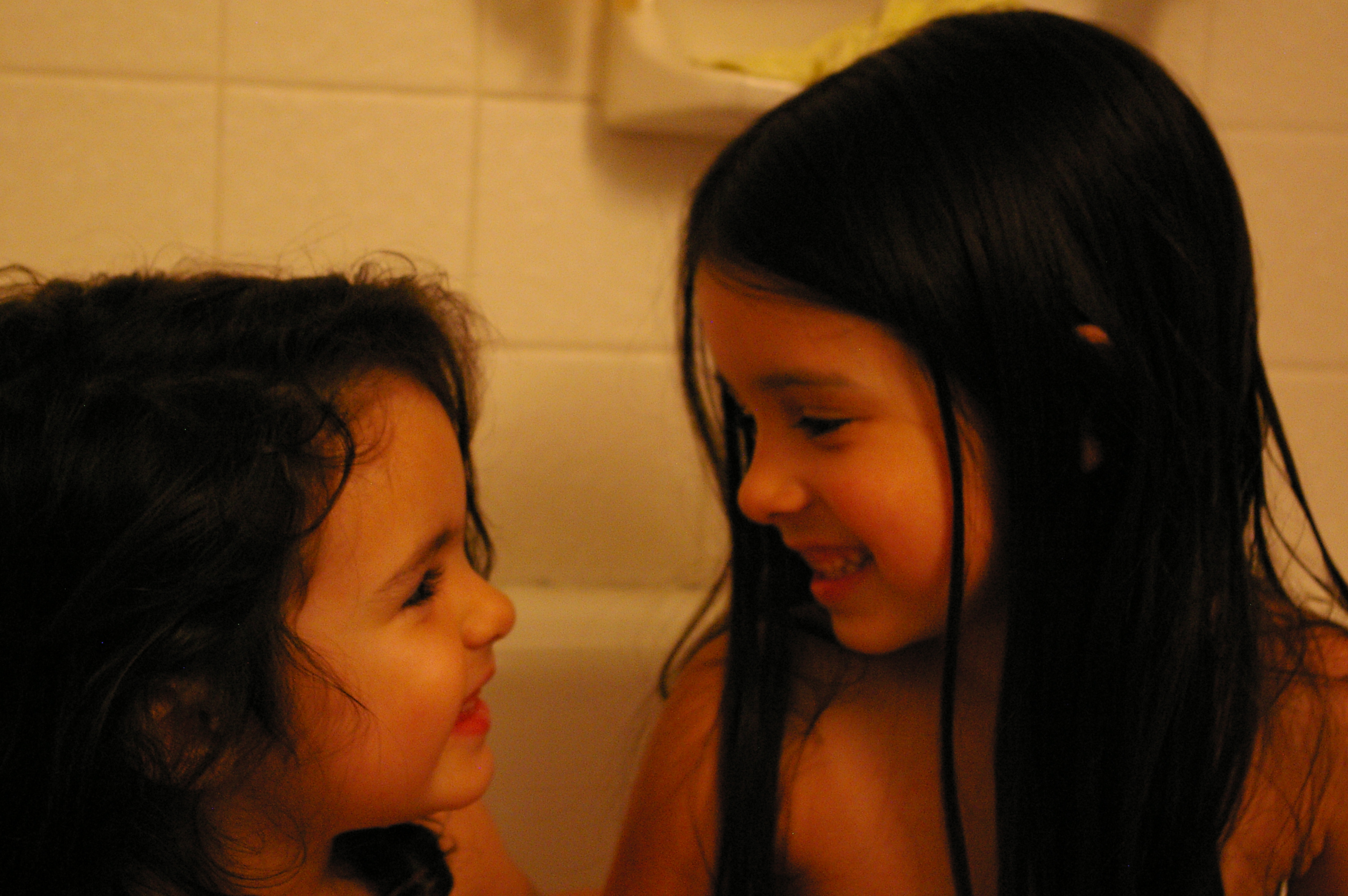 We love you both very much.