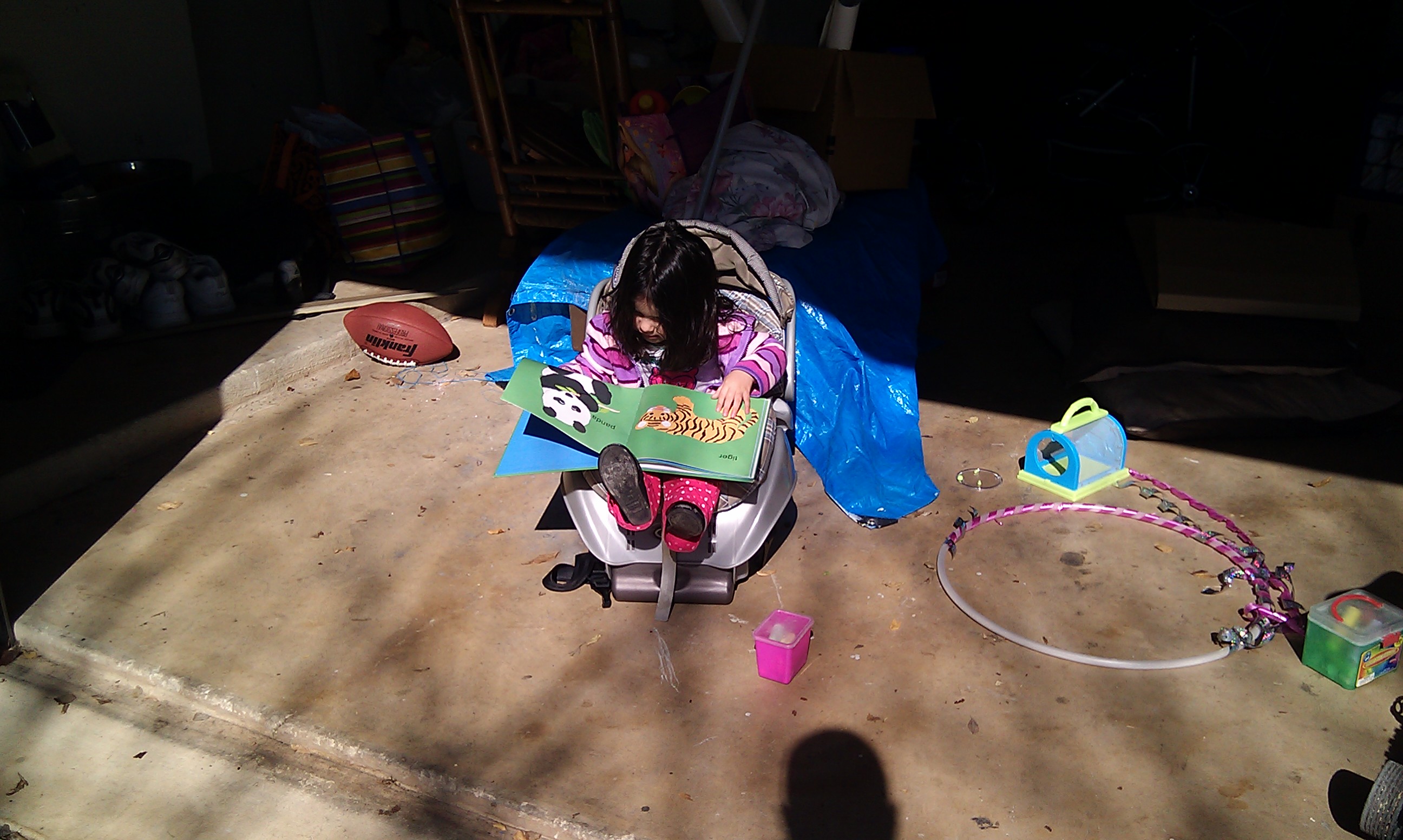 What in the world have I gotten myself into?

Rachel, Mom, and Dad were playing a game and Mom made her and Dad pick a number between 1 and 10 to see who would go first. When she played with me, after they left, she said, "Let's do it like Nana does. Daddy, pick a number between 9 and 7." Then she groaned when I guessed that it was 8. 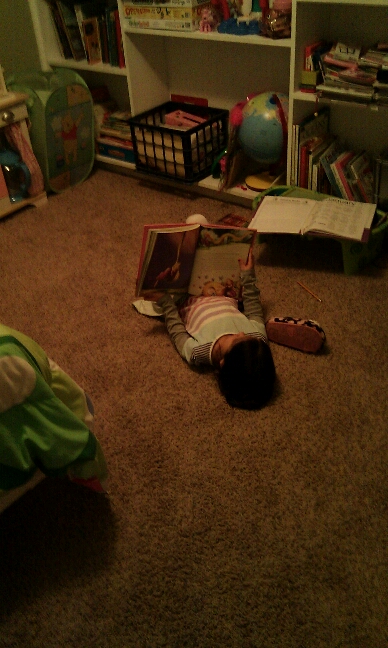 Santa Claus has come and gone, and we’re going screaming into the new year, literally. The two of you are at the age where you antagonize each other (and us) and I don’t think there’s been a single day during this break where at least one of you wasn’t crying about something. 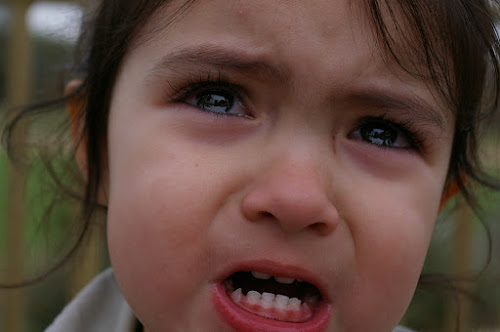 And that makes me sound like a mean and angry father, which I’m not. There have been a lot of great things that happened this month, and the two of you also continue to surprise us with everything you know and do, including how well you get along (sometimes). 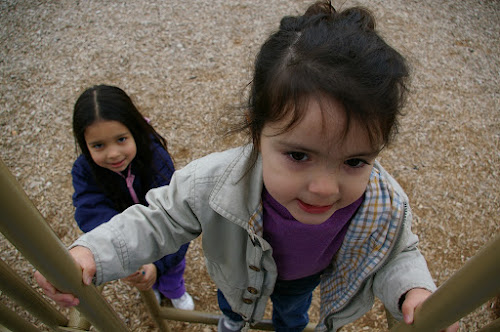 Emily, in the past month, your speech went from barely understandable to WOW! There have been times over the past couple of weeks where I did a double take because the words that you spoke came out of your mouth so clearly that I had to check to see that it was you who had actually spoken them. You’ve gone from your toddler abbreviations of words, like “Pahk” for Sparky to actually saying two syllables, “Pah-chee.” We were laughing when you started doing this because it seemed like everything you said sounded like “butt cheeks” which you’ve been saying for a while now, thanks to your mother and sister. You have monkeys on your pajamas: “Mah-chee” Your blanket has become a blankie: “bahn-chee.” You get the point. 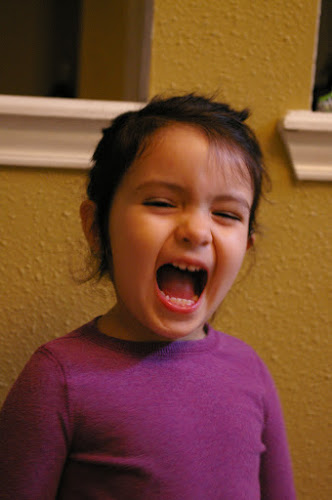 Rachel, you were focused like a laser on Christmas. You were doing everything you could to make sure that Santa knew that you wanted an iPod this year for Christmas. You wrote a letter, drew a picture, and you made sure to tell Santa when we went to visit him. 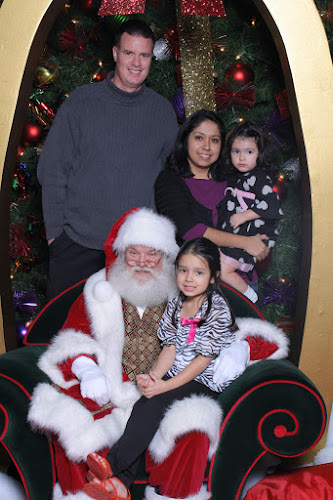 Secondary only to Christmas and the iPod was staying up to ring in the new year. It seemed like you’d asked at least once a day, every day, for the past two weeks if you could stay up until midnight. You have an acute understanding now that there is something special about that transition from 11:59 PM to 12:00 AM on the last day of the year. 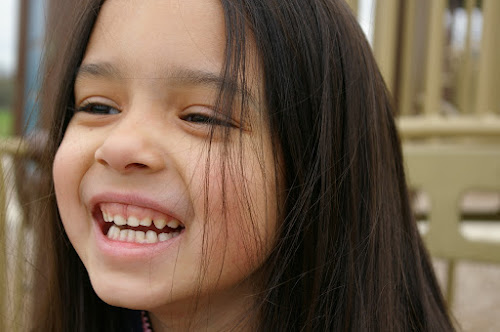 On Christmas morning, both of you actually slept in. But once you got up, it was on. Santa had left a few things unwrapped, and once Nana and Grandpa got here, we started with the unwrapping. Both of you had quite a pile, and Rachel, you tore into your things like a wild woman. The very first thing you opened was your new phone. Except it’s doesn’t work like a phone. Santa left you a note saying that he’d run out of iPods this year, but that you could still play games and take pictures with this phone just like you can on an iPod. You didn’t seem to mind at all, and you really enjoyed playing with it. 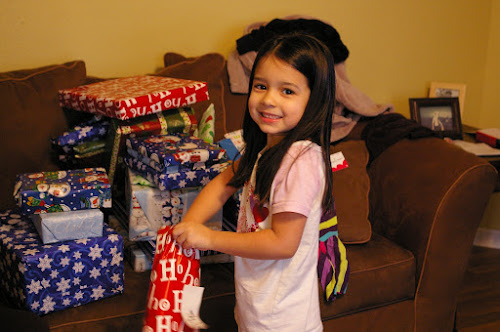 Emily, you opened about three things and decided you were done. You wanted to play with the things you’d already opened and didn’t want to both with the rest of it. When you finally did get everything open, you had racked up three new train toys, since you’d really grown to love watching Thomas and Friends over the past month or so. In fact, every time you come out to the living room in the morning you ask us for “Choo-choo train,” meaning that you want to watch Thomas. 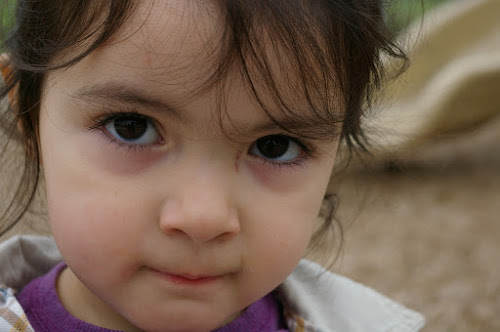 When New Year’s Eve rolled around, we had a small party with just the four of us and Nana and Grandpa. They left around 9, but Rachel, you continued to play games on the Wii right up until midnight. I was really surprised that you lasted the entire night, but you still had energy left when it hit. You even got to learn a little bit about time zones becuase we watched it change to 2012 in New York and hour before it was 2012 here. 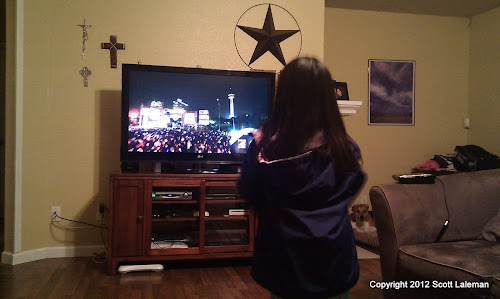 Overall, 2011 was a really great year for both of you. As wel roll into 2012, there are going to be lots of changes for both of you. We can’t wait to see how you handle them because we love to watch you both learn and grow. 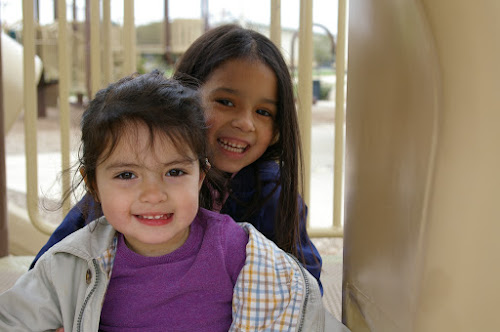 Your Mommy and I love you both very much. 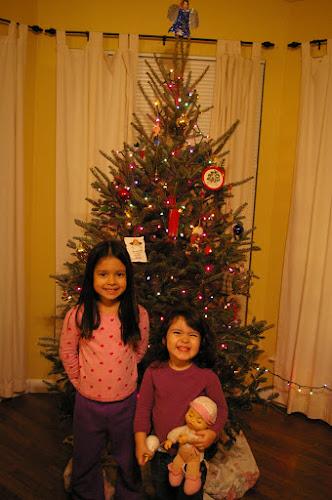