Our quiet little neighborhood has been in the news twice today.

Twice. In one day.

This evening, on my way home, I passed a KENS 5 live truck coming out of our neighborhood, and when I turned on the street to get to our house, a WOAI live truck was sitting at the corner…1/2 a block down from our house (and screwing up traffic, I might add…not that I’d expect any less from WOAI).

Turns out a girl that lives down the street from us was attacked by a home invader earlier today. She had stayed home sick from school, and had awakened to the man standing in her living room. She fought him off, but got slashed by a knife in the process.

This does not make me feel comfortable about going to Dallas and leaving Monica here for 3 days.

Just a sample of a photo from my new camera, which I love, by the way… 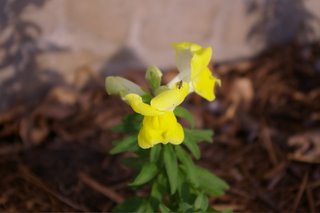 Yes, that’s right…the snapdragons are in bloom. In February. Have I mentioned how much I love living in Texas?

OK, ok, here’s one of the puppy for you all too… 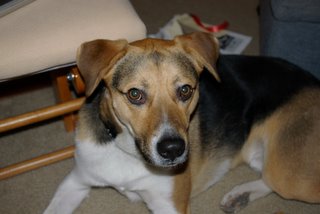 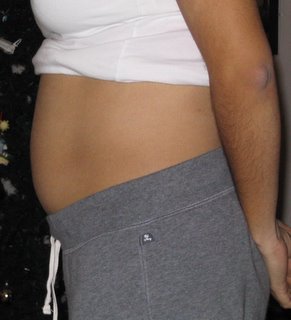 What a difference a month and a half makes. By the way, I LOVE my new camera!

We must have at least 5 cameras of various types laying around the house, almost none of which get used on a regular basis.

Don’t get me wrong, I love my cameras, but it’s hard enough for me to remember to take my lunch to work with me in the morning. Remembering to take film to the grocery store, and then go pick up the picture a few days later…that’s asking way too much.

I loved my digital camera because everything was instant. I could see the pictures as soon as I took them, I could play with the settings to get the shot I wanted, and not have to wait a week to find out if it came out OK or not, and the best part…I wasn’t spending any money on a whole role of film to get 3-4 pictures that I really liked. If I didn’t like it, I deleted it.

I have finally given up hope.

Two and a half years, and almost 4000 picutres later, I have decided it’s time for a new camera.

Monica said she wanted to get me another camera for my birthday, but hasn’t yet. I decided that I wanted to move up because, while I loved my little point-and-shoot Canon that I could change all the settings on, there were some things that drove me crazy. Shutter lag, picture size, the time it took to change settings on manual. I really missed having a fully manual, really good camera like the one I learned on in high school. The prices of digital versions of these film cameras had been way too much for me to get one, though.

Best Buy just happened to be having a sale on digital cameras, and Pentax had just released a very affordable model. Pentax. The kind of camera my mother owned, which I learned to take really good pictures on when I was in high school. It was a sign. I had to buy it. It arrives Monday.

What will my first picture be of? My beautiful, pregnant wife, of course. I’ll post it here.

Bonus: the camera I purchased can use old Pentax lenses with an adapter. Hopefully Mom still has those lenses tucked away somewhere. 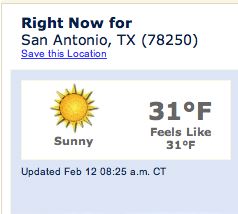 We received a phone call from our friend Roger, in the Great White North, last night that his wife Bianca had her baby boy on Thursday. So now it’s time for the rest of the dominoes to fall.

Our friends Mandi and Ed have a baby girl due in April, Pete and Carol’s (brother and sister-in-law) baby boy is due in May, and we’re bringing up the rear in June. All we need is some friends who are having a baby in March. Anyone want to sign up?

It’s actually pretty cool, because since I’m so old (as Monica loves to remind me), I figured most of my friends were done having babies, and I figured we’d be one of those couples with no friends that had kids the same age as our kids. I’m glad I was wrong.

This morning, while we were lying in bed, I looked over at Monica’s tummy and saw that it looked oddly deformed. One side of her belly was sticking up way farther than the other side.

It’s the first time we’ve seen Rachel this way, and it was pretty cool…in an “Alien” sort of way.

My camera broke last weekend, so I didn’t get any really good pictures at the rodeo this past weekend. Monica and I took our nieces Rebecca and Claudia to the carnival part of the rodeo on Saturday. We also took them through almost all of the animal barns, which was cool because these city kids don’t get to see a lot of livestock up close and personal-like.

This week is hectic. In addition to starting another pilot program at one of my schools (this time with email), and teaching a 6-week online class, and trying to clean out the spare room, I’m also preparing for my presentation at TCEA on Thursday. I’m actually going to Austin Wednesday and spending the night. I’m really finished with my presentation, but I need to rehearse, because I’m taking a new approach to powerpoint. After watching Lawrence Lessig’s talk on Free Culture, I decided to adopt his style of presentation, which one of my colleagues called “minimalist powerpoint.”

I’m really going to have to get my timings down, though, so I don’t look like a bumbling idiot in front of a room full of people.

Because in San Antonio, there are no alternate routes, so when there’s a wreck on one of the expressways that blocks 2 out of 3 lanes, you either sit in traffic on the expressway, or try to wind your way through the maze of southeast-to-northwest and southwest-to-northeast streets (like I did). Either way, you’re going to waste away a big chunk of your day. Next time, I’ll sit on the expressway…at least that way I don’t have to worry about stoplights and turns.